Repairing a dangerous quake-damaged cliff in the Christchurch suburb of Sumner has proven a huge task, involving remote-control diggers, homeowners who don't want to sell, and relocating a rare flightless moth.

The area, called Dean's Head, has been barricaded off with containers for the last five years in a bid to keep people safe as they drive along the narrow road in and out of Sumner.

Dean's Head overlooks Sumner Beach and was once home to many houses, with impressive views of the sea and the mountains.

Clearing the area and stabilising the cliff face have been major tasks, and the work has had many complicating factors. 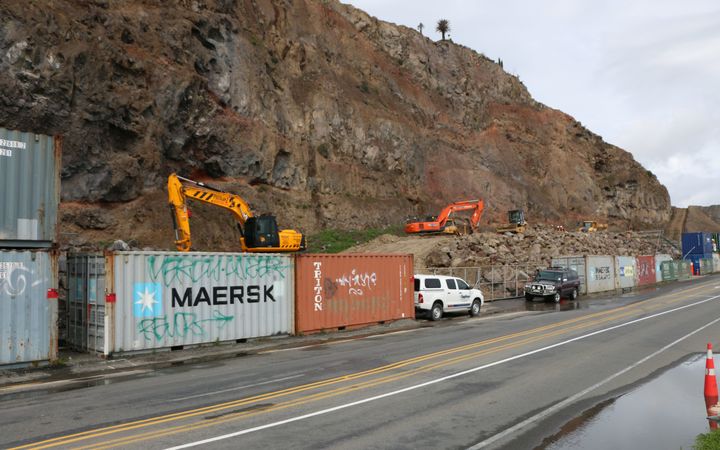 Workers at Dean's Head are working on clearing the area and stabilising the cliff face. Photo: RNZ / Andrew Collins

Land Information NZ (LINZ) chief geotechnical engineer Jan Kupec said one of the conditions for working on the site was to protect the habitat of a rare flightless moth - the Gadira petraula - which lives in the stone wall bordering one edge of the site.

"We actually have to retain the stone that makes this wall because in this stone is a moth which feeds off a lichen and other organism living in it," said Dr Kupec.

"So we will break the wall down, store it and transfer it to Shag Rock Reserve to retain their entire ecosystem."

Dr Kupec said the site as a whole had presented challenges, and without the use of emerging technology the site would have been too dangerous to work on.

Those technologies included remote control excavators, laser scanner and robotic surveys, spherical photos, and augmented reality headsets to warn people about hazards before they got on site. 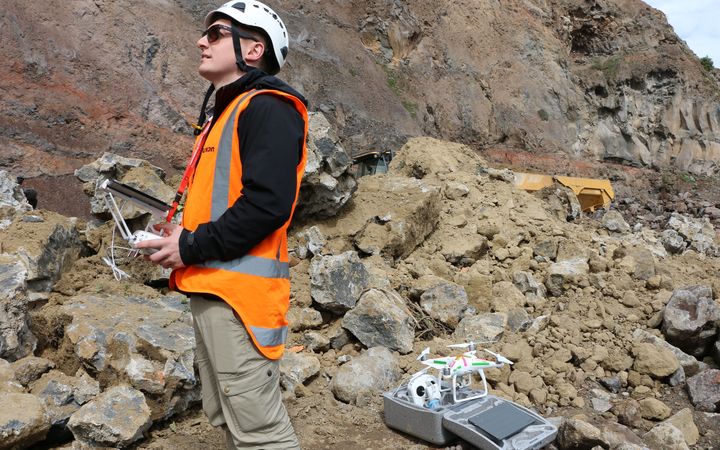 He said some of the technology being used was beyond cutting edge.

Dr Kupec said the four HoloLens headsets, which used augmented reality to safely induct people on to the site, were the only headsets in the southern hemisphere.

"So it is not state of the art, it is the first or second horizon beyond that. The drone you can buy off the shelf, but the software and the modelling behind it is under development with major companies we are working with." 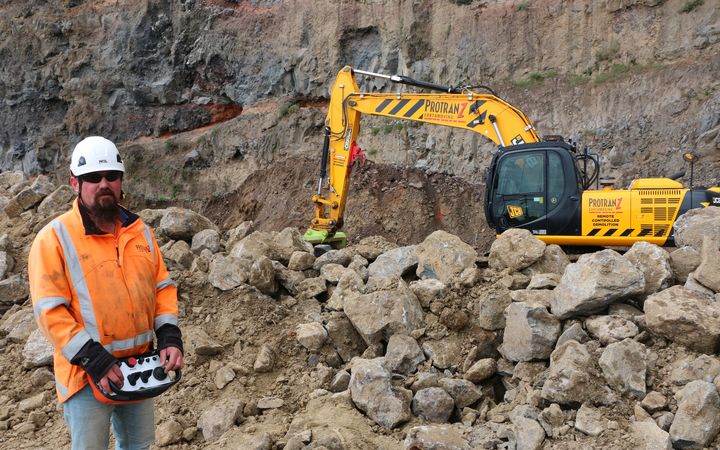 Driver Vaughan Breen, who operated the 23-tonne digger, stood safely to one side while it got in close to the cliff face.

He said with the risk of aftershocks and rockfall, he would not want to be working so close to the cliff if he had to be inside the cab.

"It's getting home safely, it's not having to go into a dangerous area if the cliff collapses on the machine or anything. The machine's replaceable, humans aren't - to a certain degree. [It] means I can go home safely to see my wife and kids, and keep everybody happy."

Most of the land above the cliff face had now also been cleared and was owned by the Crown as part of the red zone land offers.

However the owners of one site, right in the middle of the cliff face, did not take up the Crown offer.

Brendon Winder, the general manager of Port Hills for LINZ, said the building was gone, but the building platform remained.

"It's not ideal to have a privately-owned site directly above here," said Mr Winder.

"We have had people go out to the cliff edge and hold their babies up to show the crew below and all sorts of silly behaviour like that. But its not Crown-owned and we don't have any jurisdiction on that land. So we kind of take a big sigh and step back and wait for them to leave.

"It's far from ideal, but it's not Crown-owned so there is nothing we can do about it." 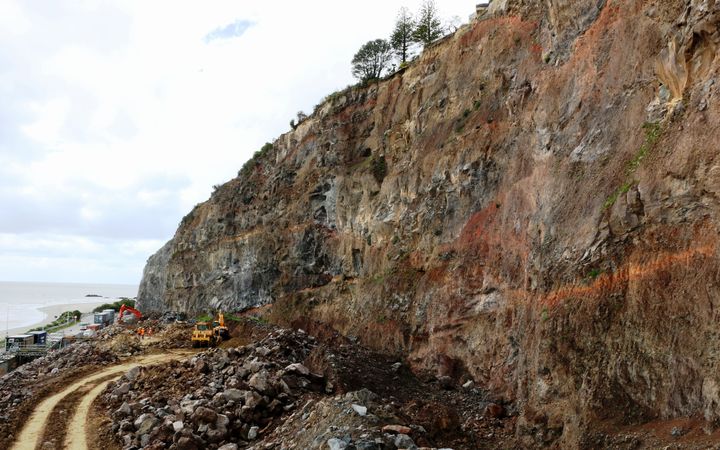 The Dean's head area has been barricaded off with containers for the past five years. Photo: RNZ / Andrew Collins

Mr Winder said they were now optimistic that the work on the cliff face would be finished by the end of the year, allowing for the row of containers to finally be removed.

He said the final decision on the timing of removing the containers would be up to the city council, which would replace them with fencing.