Satellite images released by US space agency NASA's Earth Observatory show new land thrust out of the sea along the Kaikōura coast by last month's earthquake.

GeoNet said the biggest upthrust, of 5.5m, was in Waipapa Bay, and 20km of the coast had been raised by between 0.5m and 2m.

The new land exposed on the peninsula was likely to stay that way, it said. 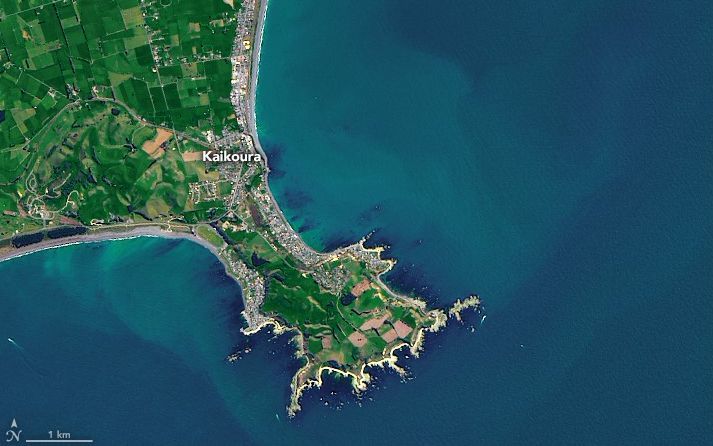 Before: The peninsula on 12 October, one month before the earthquake Photo: NASA’s Earth Observatory 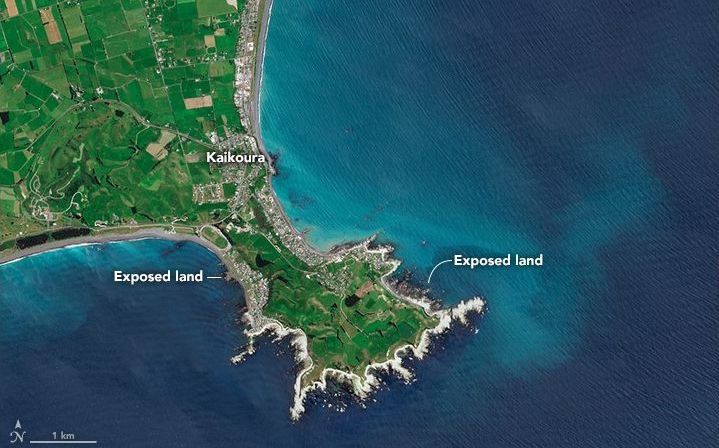 The 7.8 magnitude earthquake struck the upper South Island early on Monday 14 November with thousands of aftershocks since then.

There were numerous landslips after the quake, cutting off Kaikōura from the rest of the country.

Some landslips into waterways have formed dams, some as large as a small lake, and scientists have been checking on 11 slip dams in North Canterbury and Marlborough that they say might breach.

The raised seabed has caused problems for local wildlife, with large amounts of crayfish, pāua and kina left high and dry.