An iwi is accusing the company behind a proposal to mine millions of tonnes of ironsand off the South Taranaki coast of wildly inflating the number of jobs it would create. 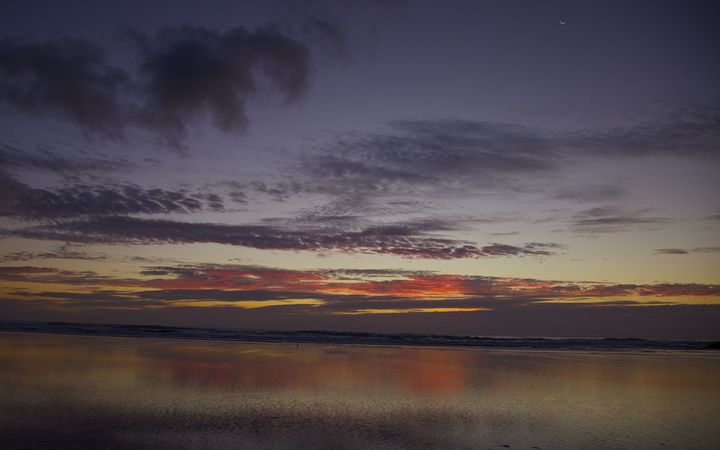 Trans Tasman Resources is seeking consent to mine ironsand off the Taranaki coast. Photo: 123rf.com

Trans Tasman Resources is seeking consent to mine ironsand from up to 66 square kilometres of seabed just off the coast near Patea. 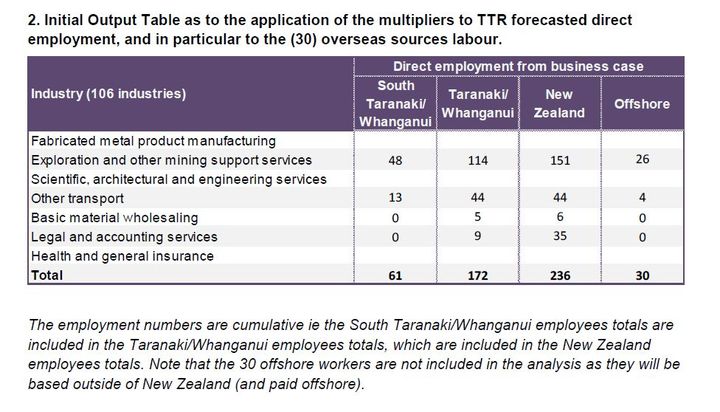 The table the iwi is using to challenge the company's job creation figures Photo: Supplied

Te Rūnanga o Ngāti Ruanui kaiarataki Debbie Ngarewa-Packer said it was a far cry from what the company had promised.

"We were extremely surprised by how [much] lower the numbers were, compared to the thousands, that went down to hundreds, and now it's 236."

Ms Ngarewa-Packer said the application did not break down exactly how many jobs would be created in South Taranaki.

The district was either discussed together with Whanganui or grouped with the wider Taranaki catchment, she said.

"We can't tell how many jobs, if any, will be created here. And that's a major concern for all of us, as it will be the South Taranaki coastline and seabed that suffers the most."

Trans Tasman Resources said the iwi was cherry-picking figures that suited its misinformation agenda, and those numbers did not include jobs created outside of the company.

It stood by analysis (PDF, 1.5MB) that said there would be 465 jobs created directly and a further 683 in support services, as well as 514 in the wider economy.

The company said the consultants behind the analysis, Martin Jenkins, had used a standard and established methodology to assess the project's economic impacts, including jobs created.

The analysis was conservative and did not include initial set-up activity or the construction of the ironsand project, it said.

Public submissions on the company's consents application close on 12 December.