A decision is still to be made on government support for quake-affected businesses in Wellington, as office blocks are evacuated or demolished and roads cordoned off. 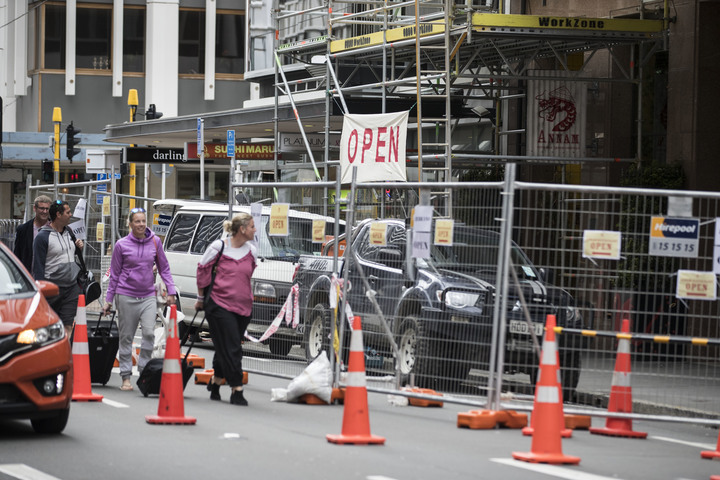 A support package has been announced to help companies in Kaikōura including a [http://www.radionz.co.nz/news/political/318281/wage-subsidy-for-quake-hit-businesses

Prime Minister John Key told Morning Report businesses were "clearly" affected though the damage to Wellington was less widespread than in Kaikōura.

"In Kaikōura it's universal, it's every business that's affected," said Mr Key.

The situation was not as clear cut in Wellington.

"There are clearly some businesses affected and Steven [Joyce] needs to work his way through that with the mayor."

One of the worst affected buildings, [a Molesworth Street office block, was being demolished from today. Streets around it are cordoned off and nearby buildings evacuated.

"The model so far has been so far, where there isn't business continuity insurance, where there's a dramatic impact on the business and where its effectively through no fault of their own - and typically smaller businesess.

The government was not trying to be awkward - it was about not setting "ridiculous precedents", he said.

Businesses in Kaikōura, Cheviot, Waiau, Rotherham, Mt Lyford and Ward are eligible for an eight-week subsidy following the 7.8 earthquake two weeks ago.

Mr Key said the regions' tourism season, from November to April, will be dramatically impacted, and the government will have to look at whether or not more help is needed.