Timing, as they say, really is everything. 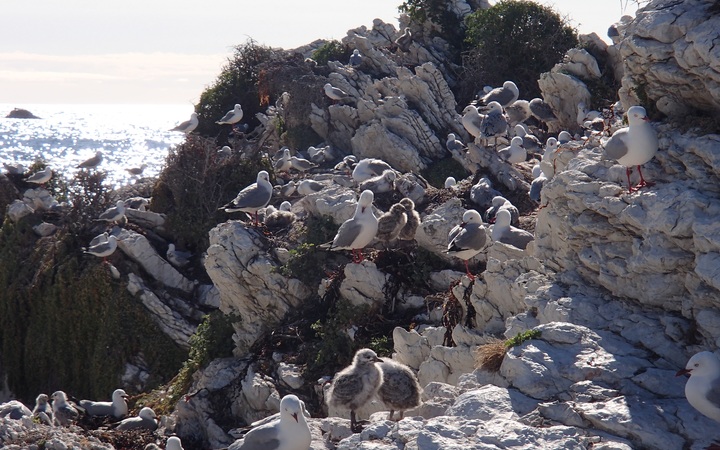 If there had to be a time that would let most animals off lightly, then mid-November was (there never is a good time for a big earthquake, is there?) not a bad time.

We are not talking pāua and crayfish. They took a hammering as their subtidal home was rudely shunted upwards, out of the cool water into the heat and glare of the sun. As a rough guide, the bigger the animal, the better off they were. 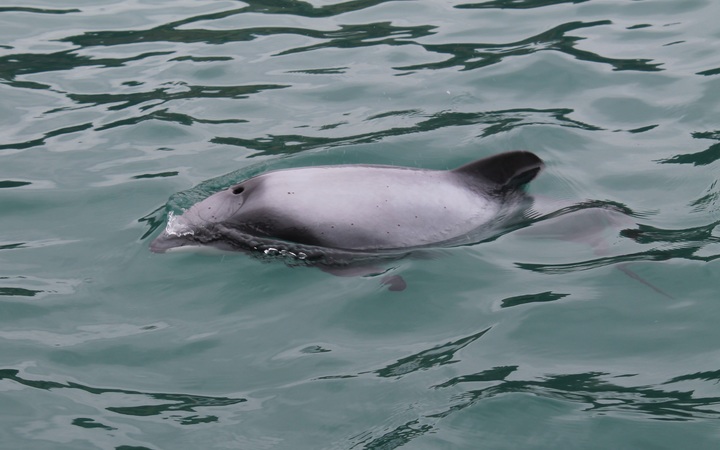 The waters around Kaikōura are home to two residents pods of little Hector's dolphins - at least until recently. Photo: Alison Ballance

The calm before the storm

Let's paint a picture of what was happening in the marine animal kingdom on the night of Sunday 13 November.

Out in the Kaikōura Canyon, a few whales - the sperm whales and perhaps some beaked whales - were feeding and resting. Spring is a quiet time for whales at Kaikōura, but the previous day University of Otago whale researchers had seen a familiar whale, Jonah.

The usual large pods of dusky dolphins were feeding, resting and playing offshore. Closer to the shore were the two residents pods of little Hector's dolphins, the adult females heavily pregnant and soon to give birth.

The pelagic seabirds - dozens of species of albatrosses, petrels and shearwaters - were fishing for squid that rise close to the surface at night, or just resting on the water. These birds are fleeting visitors - here for the rich pickings one day, gone the next.

The New Zealand fur seals, too, are close to giving birth. Pregnant mothers were out at sea feeding, as were the males and seals too young to breed. Ashore, in the breeding colonies scattered on rocky shore platforms right along the coast, including at the large Ohau Point seal sanctuary, the first few pups that had already been born snuggled close to their sleeping mothers.

On rocky outcrops on the southern shore of the Kaikōura peninsula, red-billed gulls tucked eggs and chicks under them to keep them warm in the cool night air. In cool burrows amongst sheltering vegetation at the bottom of the nearby cliffs, little penguins dozed as they guarded their eggs and chicks. The lapping of gentle waves played a background lullaby.

High in the Seaward Kaikōura Range, the full moon cast its bright light over the Hutton's shearwater colonies in the Kowhai Stream and Shearwater Stream. The small shearwaters were all in from the sea, incubating their single eggs at the end of long burrows dug in amongst the tussocks. 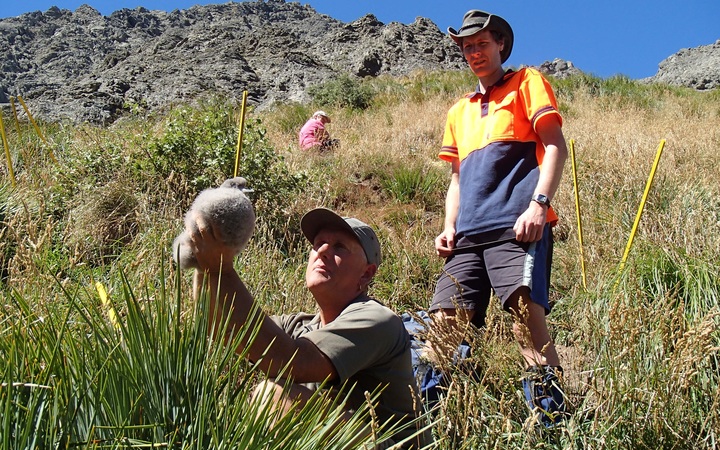 The area's colonies of Hutton's shearwaters are thought to have been badly affected by the quake. Photo: RNZ / Alison Ballance

When the earth moved

When the first earthquake, near Culverden, struck at two minutes after midnight, the ground ripped apart at 3km a second. The 36km-long Kēkerengū Fault unzipped to the north in just over 10 seconds, and the fracture carried on out to sea on 34km of the Needles Fault.

As the land tore and the mountains began to fall, the noise was horrendous. It would have been even louder and more terrifying in the sea. Undersea earthquakes are the loudest event in the ocean, and a magnitude 4 earthquake is on record as reaching 272 decibels. And sound travels faster and further in water than it does on land.

The sound of the 2011 undersea earthquake off the coast of Japan, which caused a devastating tsunami, was recorded on underwater microphones on the coast of Alaska, hundreds of kilometres away.

In a few week's time NIWA will be retrieving acoustic loggers that have been recording underwater sounds, especially whales song, in Cook Strait for the last few months; it will be interesting to see what earthquake sounds it recorded.

How did the animals cope? The good news

Professor Liz Slooten, from the University of Otago, says whales that were present would have probably swum away very quickly, and could have gone a great distance in a short period of time.

"Sperm whales and beaked whales don't like loud noise at all."

Very loud noises can make whales disoriented, causing them to strand, although there is no evidence this happened at Kaikōura .

Indeed, the sperm whales - and the dusky dolphins - have already returned. The Kaikōura whale watch boat reported seeing Jonah, and other sperm whales, earlier this week.

Prof Slooten is more anxious about the two populations of Hector's dolphins that live north and south of the Kaikōura township. She describes the little dolphins as stay-at-homes, and says if they fled offshore they could have soon ended up in unfamiliar territory.

She is waiting to hear news of the dolphins, and says at this time of year the females are heavily pregnant, and due to give birth soon.

Gary Melville drives boats for Albatross Encounter, taking tourists out to see pelagic seabirds such as albatrosses and giant petrels, which are at Kaikōura to feed, not to breed, and they never stick around long.

He says he is not surprised to hear that the seabirds are just as numerous now as they were before the earthquake.

"I don't think it was any threat at all to our deep seabirds - I'm sure they probably might not even have noticed."

Department of Conservation (DOC) ranger Mike Morrissey says that the red-billed gull colonies on the rocky reefs of the Kaikōura peninsula, and the little penguins that breed in burrows at the back of the shore there, were incubating eggs or guarding small chicks. They had a lucky escape from the tsunami. It struck at low tide, and generated a wave that didn't run up any higher than the usual spring high tide mark.

Thousands of New Zealand fur seals breed along the Kaikōura coast. And although a large rock fall landed on part of the well-known Ohau Point seal sanctuary, Department of Conservation ranger Mike Morrissey says that the timing of the earthquake was a lucky break for the animals, coming as it did before most of them were due to give birth. 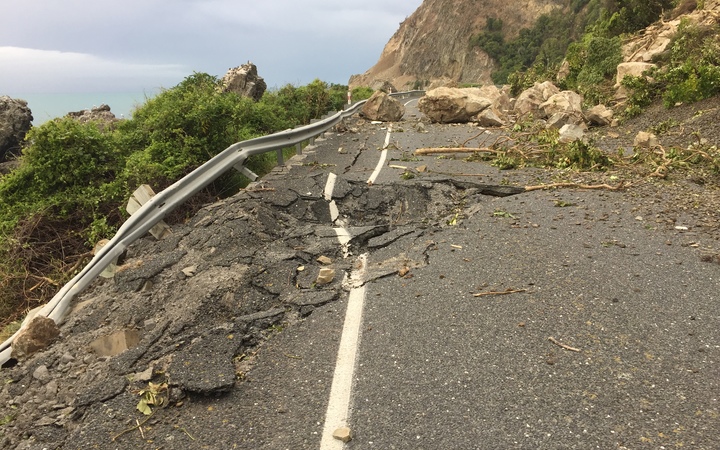 Mr Morrissey has just returned from a boat trip to survey Ohau Point, and was excited to see hundreds of fur seal pups, just one or two days old, that have been born just 100-or-so metres north of Ohau Point. It's pretty clear that females returning to give birth in their usual spot have avoided the ongoing falling rocks and instead moved next door.

Meanwhile, Ohau Stream - which is a popular playground for young seal pups and a must-see visitor attraction - is not as badly damaged as first thought. Mike Morrissey reports that the waterfall and stream are still flowing, although the pool at the base of the waterfall is now full of rocks and the track is damaged.

And although Mr Morrissey suspects that a small number of fur seals would have been killed in the rock fall, he says he only found the body of one bull seal, and there was no smell of decomposing bodies.

Unfortunately, the news is not so good for the Hutton's shearwaters. These resourceful little seabirds breed high in the mountains, 20km inland and several thousand metres above sea level.

There are two Hutton's shearwaters colonies - the largest one up the Kowhai River is home to about 100,000 pairs of birds, which breed in burrows in amongst the tussocks. Mr Morrissey has flown over the colony and says the enormous rock slides are an impressive but depressing sight.

He says rock slides have filled the valley to a depth of 70-80m in places, and he estimates that perhaps 20 percent of the burrows have been destroyed.

The second smaller Hutton's shearwater colony is at Shearwater Stream on Nicky McArthur's farm. She says that DOC has flown over the site and thinks that at least 30 percent of the colony, which is on very steep unstable slopes, has disappeared.

"It couldn't have come at a worse time of year. Laying eggs, both parents in at night, in October or November", which is the peak of the breeding season.

"As well as the physical habitat that just slid of the side of the mountain, we don't know what other burrows have collapsed," says Ms McArthur.

Mr Morrissey says it'll be many weeks before anyone can safely get into either colony to assess the real extent of the damage, and discover how many birds have survived.

Ms McArthur says Hutton's shearwaters are considered to be an at-risk species precisely because of the risk of catastrophic events, such as this, affecting the two surviving colonies.

A small glimmer of hope lies down on Kaikōura Peninsula. Over the last few years, the Hutton's Shearwater Charitable Trust has built a predator-proof fence and translocated chicks there to be the basis of a new insurance population.

Growing numbers of birds are settling and breeding there, and this year there are 16 eggs being incubated. The numbers are still small, but who knows, maybe one day Hutton's shearwaters will breed right across the peninsula, as they probably did in days gone past.

Hutton's shearwaters aside, Mr Morrissey says the wildlife of Kaikōura has come through remarkably well - and it'll be ready and waiting once the roads open and tourists return to town.

Down in the canyon

NIWA research has previously shown that the Kaikōura Canyon is one of the richest, most productive deep-sea habitats in the world. The sediments on the gently sloping floor of the steep-sided canyon were home to dense populations of burrowing sea cucumbers, spoon worms, bristle worms and irregular urchins.

These large numbers of invertebrates in turn supported big fish populations, especially rattails, as well as better-known commercial species such as hoki and orange roughy.

That may have all changed now, since large numbers of massive submarine landslides were triggered by the earthquakes.

Dr Philip Barnes, from NIWA, says these landslides set off a massive turbidity flow of sand, mud and water, hundreds of metres thick, that travelled down the 60km-long Kaikōura Canyon and hundreds of kilometres north into the Hikurangi Canyon.

"We detected a very recent turbidite about 10-20cm thick over a very large region, extending at least 300km from Kaikōura. It is still settling on the seabed from the water column and may not complete this process for some time," Dr Barnes said.

The exact sources of the submarine landslides is yet to be determined.

While the rich invertebrate life in the sea floor sediments will have been destroyed, events such as this happen every few hundred years and it won't be long before the new floor of the canyon is recolonised and the marine life there rebounds.