It was a sight for sore eyes.

A Kaikōura tour operator on the water for the first time since last week's earthquake found a large pod of dolphins playing off the coast.

Encounter Kaikōura's sighting of more than 300 dusky dolphins, south of Goose Bay, has alleviated their concerns the earthquakes would scare off the marine mammals.

The business was unable to launch its sightseeing boats after the 14 November magnitude 7.8 earthquake raised the seabed.

Checking on the wildlife today, tour guide Rachel Wilkerson said: "There are hundreds of them here having a good time - I think they're happy to see us."

The dolphins were swimming, playing and jumping. 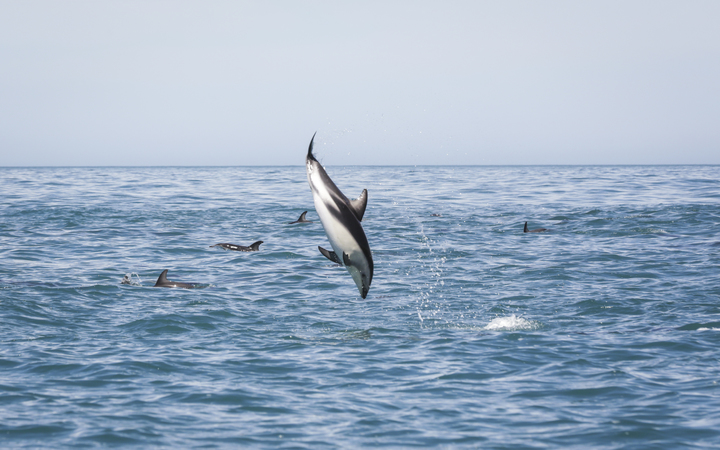 "We're looking at options like putting the big boats in and then ferrying people out to them, but we're just not sure at the moment.

"We were gearing up for a great season with 50 staff, but now we will probably only run at 25 per cent of our capacity."

Mr Buurman said the business needed the marina and roads to re-open to bring tourists to the town.

"We're lucky insurance is covering staff wages for the next few weeks and the government support package will help, but it's still unclear what we're going to do," Mr Buurman said.

"At least we know the wildlife is still there, so, once the road is open and we can get the boats out, we'll be rearing to go."