Two minutes into Monday 14 November, a magnitude 7.8 earthquake hit near Hanmer Springs, collapsing houses, isolating the coastal township of Kaikōura and lifting parts of the seabed 4m out of the water. Two deaths were linked to the quake.

One week on, recovery efforts are well under way as aftershocks continue to rattle the centre of the country.

Here's a look at how the week's events unfolded: 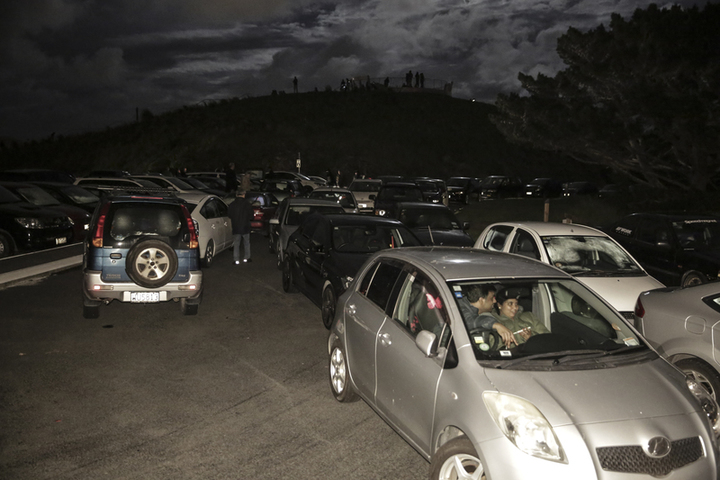 The earthquake, which was centred near Hanmer Springs, struck as RNZ newsreader Vicki McKay read the midnight bulletin.

Aftershocks continued throughout the night.

As dawn broke, news filtered through that one person had died when a house collapsed in Kaikōura and another died of a heart attack in Mt Lyford. 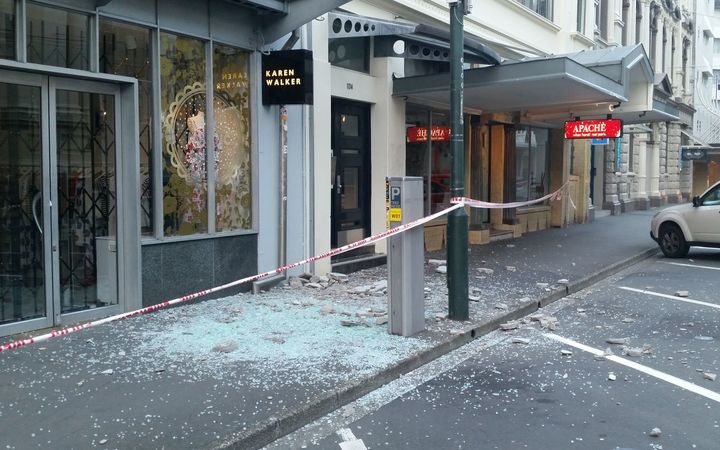 People were asked to stay away from the Wellington CBD after several multi-storey buildings were damaged, and glass fell into streets.

Two men made extraordinary journeys to reach their families in the quake-affected areas. 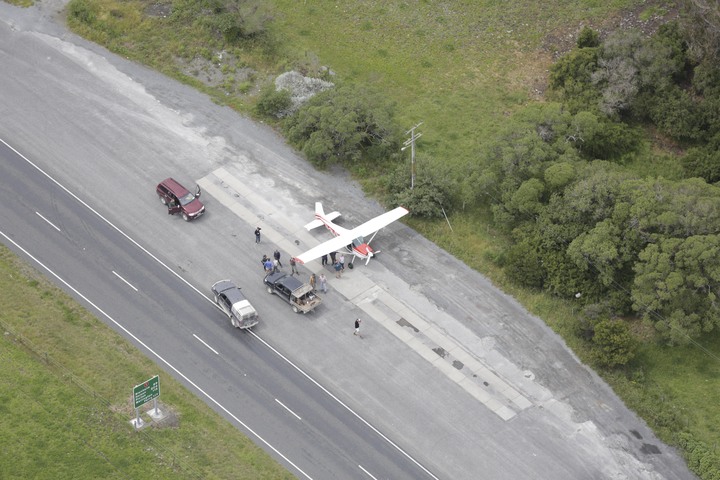 Andrew Bowmar flew his Cessna 185 plane from Gore to check on his family on the southern bank of the Clarence River outside Kaikōura. Unsure if the grass airstrip was safe to use, he found a stretch of the highway to land on.

Kevin Keehan made a 15-hour cross-country trek to reach his family in Kaikōura.

"My wife rang me at two this morning and my daughter and they said it [the house] was totalled. So, I rang the boss, he picked me up in a tractor and brought me across the river and I jumped in my truck and I just kept coming until I couldn't get any further," Mr Keehan said.

There were concerns for some kayakers who had been on Clarence River, which breached, but they were found safe and well. 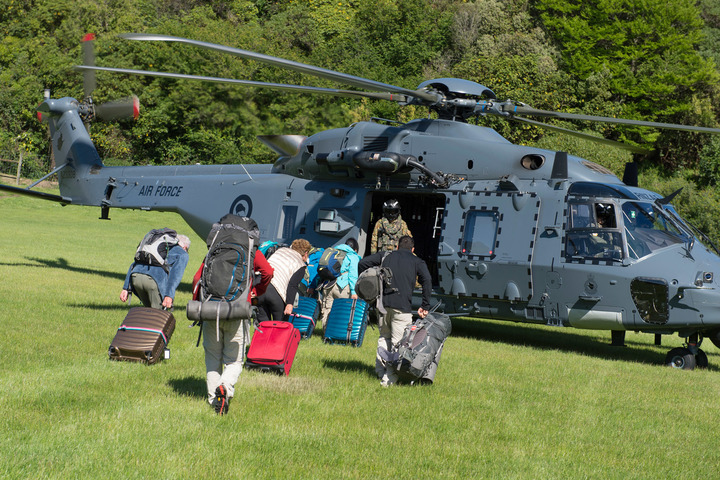 The first military-led evacuations began, taking tourists out of the isolated town to Christchurch.

Wellington CBD workers were urged to stay at home, as heavy rain caused havoc around the region.

Slips and flooding closed both northbound routes out of the city for part of the day. 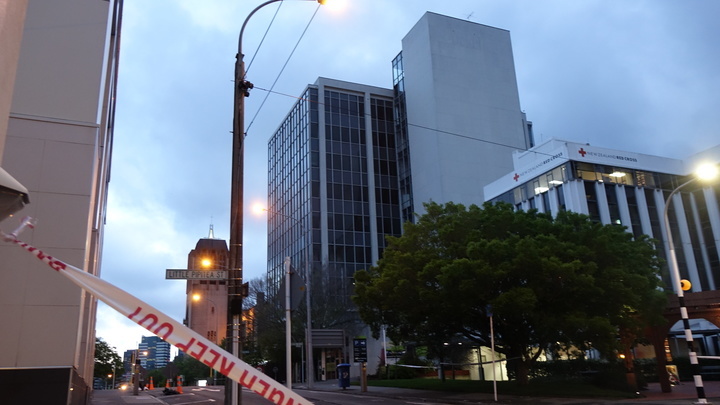 A structural beam of a building on Molesworth Street, near Parliament, was found to have "fractured like a bone". Surrounding buildings were evacuated and parts of the street were cordoned off. 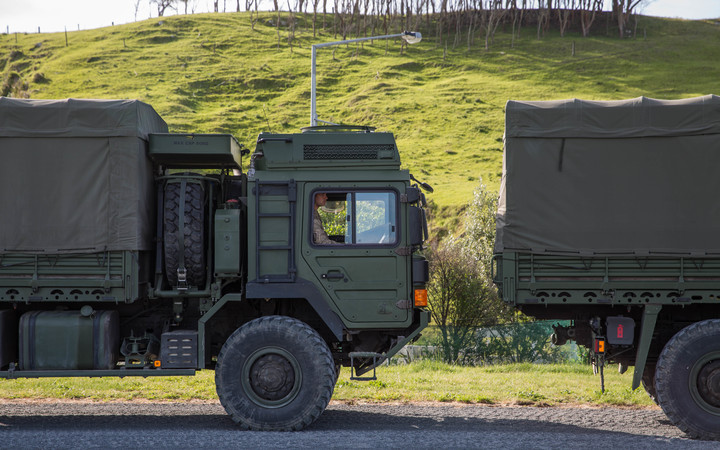 Vehicle access to Kaikōura opened again for the first time since the quake. The inland route was cleared for military-style 4WD vehicles only, allowing deliveries of water and essential supplies to the town.

Hundreds of Kaikōura evacuees sailed to Lyttelton on board naval ships.

The New Zealand Defence Force also air-dropped 5000 litres of water into Kaikōura, as the supply ran out much earlier than expected. 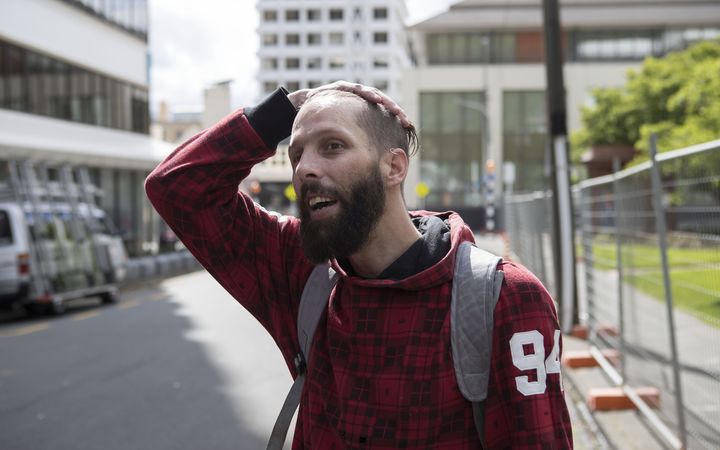 Mark Sutherland has a coffee business based in a building next to the condemned building in Molesworth St. Photo: RNZ / Aaron Smale

The government announced quake-affected businesses in Kaikōura with 20 employees or fewer would be able to get a wage subsidy for up to eight weeks.

Illustrator Toby Morris considered helplessness and hope in the face of impossible forces. 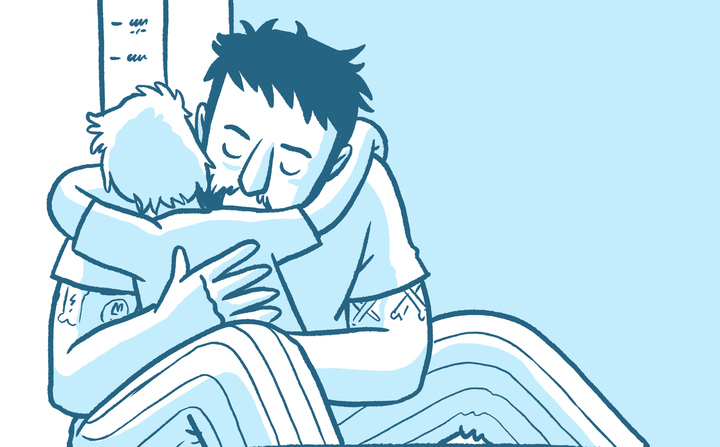 An inquiry into how Wellington's high-rise buildings stood up to the quake was launched, as a central city carpark building attached to the Reading Cinema complex was evacuated, along with 10 nearby buildings. 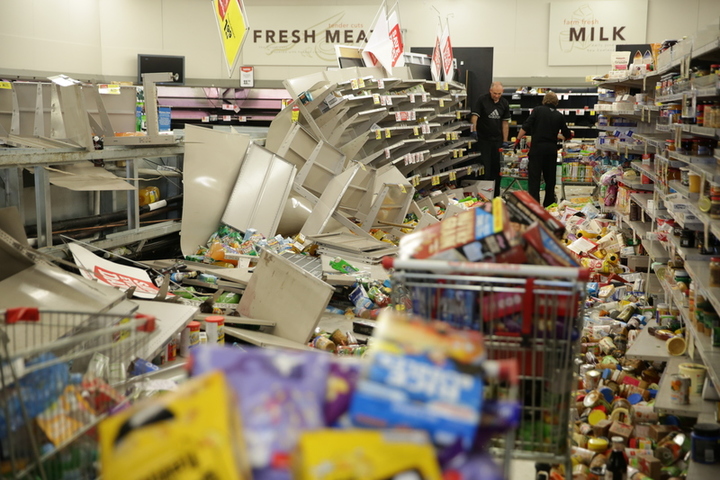 The Ministry of Civil Defence and Emergency Management announced that they would give the Kaikōura District Council $1 million in earthquake emergency funding.

Three men were arrested after property was stolen from a train stuck on State Highway 1, between Clarence and Kaikōura. The train was trapped between two slips brought down by the quake.

Seismic monitoring service GeoNet announced it would be staffed at all hours over the weekend - a time when it was ususally unstaffed. 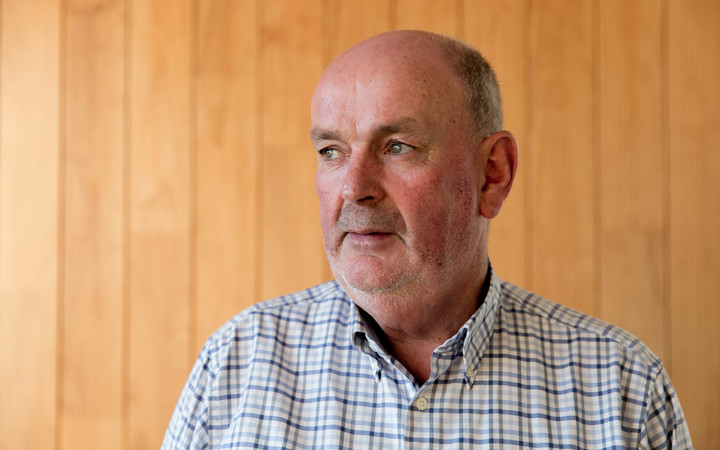 Problems with sewage in Kaikōura led to warnings for people to stop using the sewerage system, while chemical toilets and portaloos were brought into the town.

"With the speed of media today, spread across the globe, saying the town is wrecked - it is not wrecked, our infrastructure is damaged, but some of our operators could be going again within a couple of weeks."

Defence Force and acting Civil Defence Minister Gerry Brownlee, and Chief of the Defence Force Lieutenant General Tim Keating made an official visit to the foreign warships which helped in evacuation and recovery efforts in Kaikōura, thanking them for their efforts.

They included the USS Sampson, which was the first US warship to visit New Zealand waters in 33 years. 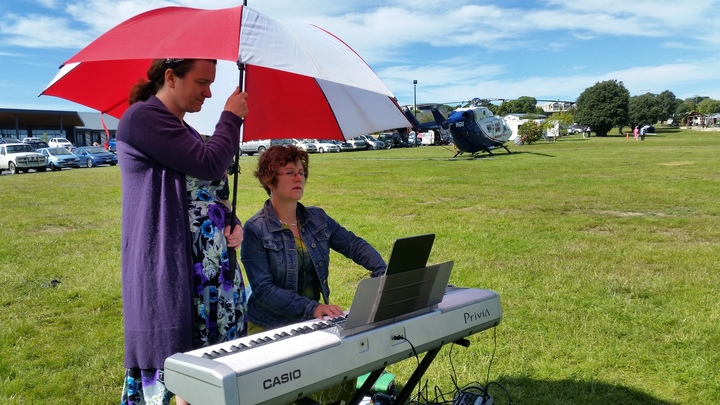 About 200 people came together on Sunday morning for an interdenominational church service in Kaikōura.

The Ministry for Primary Industries urged people not to try to rescue stranded pāua from the now exposed seabed. They said pāua would bleed to death if cut and it was better to let them migrate back to water by themselves.

Mike Vincent and his team had returned thousands of pāua to the water before being stopped.

"At the end of the day, I'm here doing something because I see the disaster that's actually taking place," he said.

"This man is sitting in an office, he's probably done a paper on it and he thinks that his words of wisdom are going to save this fishery in Kaikōura - it's not.

"Pāua don't live out of water."

Whales were spotted off the coast of Kaikōura for the first time since Monday's earthquake. 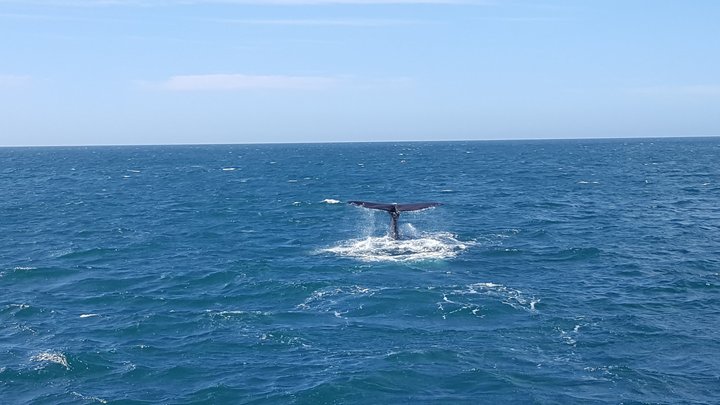 One of five whales spotted off the Kaikōura coast a week after the earthquakes. Photo: Supplied / Whale Watch