Nine days after the district's crippling earthquake, a Kaikōura petrol station owner says it only has enough fuel to last until the weekend. 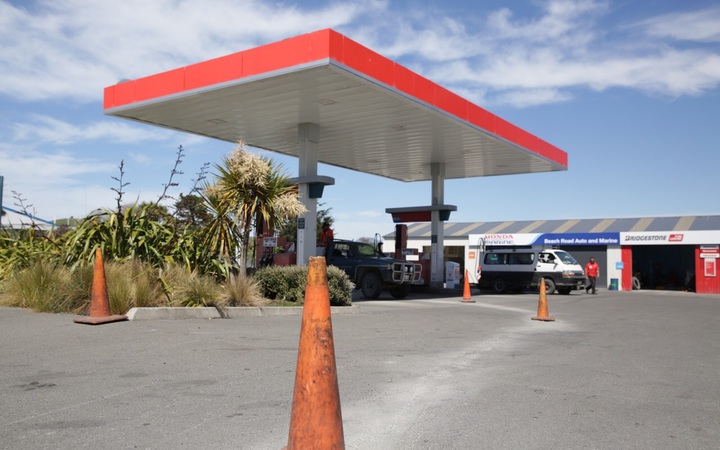 The owner of the town's Caltex station said they were likely to run out of fuel this weekend. Photo: RNZ / Rebekah Parsons-King

The inland route to the town has been closed again after an aftershock hit yesterday - but another supply convoy was expected this afternoon.

The town's two petrol stations are quietly rationing out their fuel supplies under a system of council-issued slips.

Sharon Neal, the owner of the town's Caltex station, said fuel tankers could not get through, so they were relying on what little amounts came through the inland road on army convoys.

"We've had a little bit of diesel, a few thousand litres of diesel, and that's all we've had. BP did get petrol in yesterday, I don't know how much, but it wasn't like a tankload, like the 30,000 litres we'd normally get, it wouldn't have been that."

She said they had a few thousand litres left, but it would only last until the weekend. 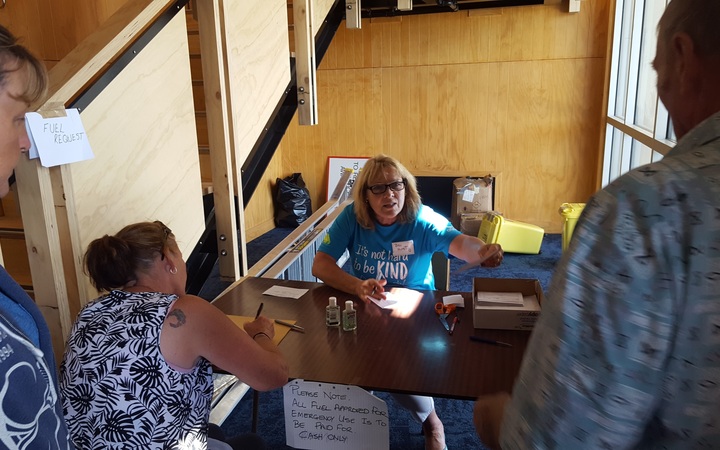 She said the rationing system was working, but business was very quiet because they had lost the State Highway 1 tourist trade indefinitely.

The owner of the other station, a BP station, would not comment.

Local people holding petrol ration slips told RNZ the system was tight, but residents could get fuel if they really needed it.

But they said they were being careful not to drive unnecessary trips. 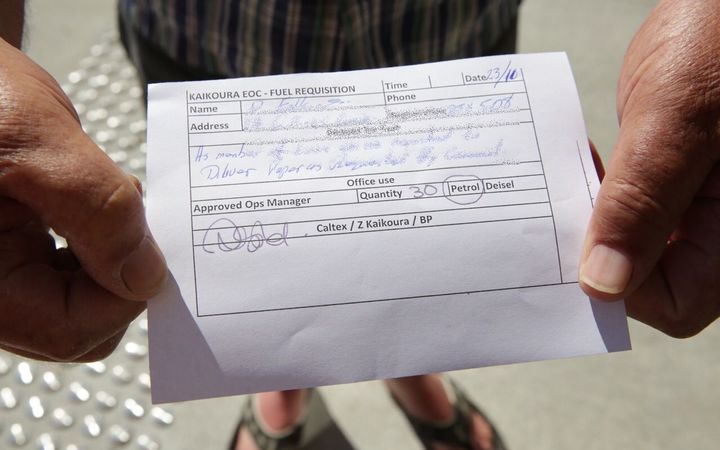 A close-up of one of the petrol ration slips Photo: RNZ / Rebekah Parsons-King