The 5.7 magnitude earthquake struck near Culverden at 6.13pm at a depth of 23km.

Thousands of people, from Dunedin to Auckland, reported on GeoNet they felt the earthquake. Three minutes earlier, at 6.10pm, a "strong" magnitude 4.6 earthquake hit north-east of Cheviot. They followed a 5.4 magnitude earthquake in Hawke's Bay at 1.20pm. 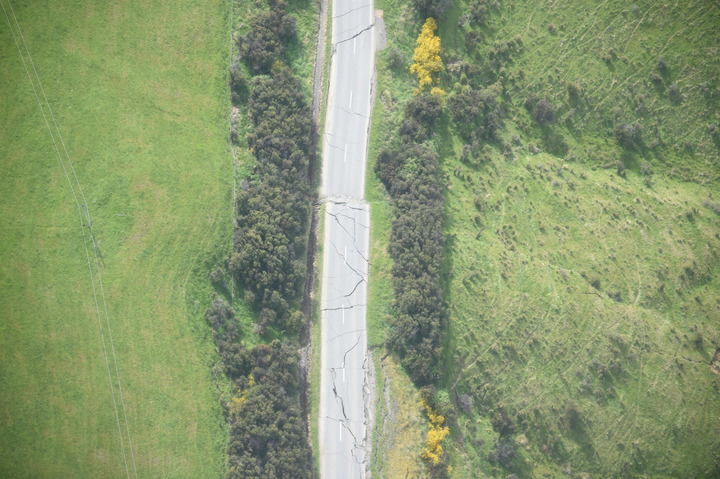 Civil Defence allowed limited access along the inland road today to allow farmers to get to their properties and for residents to return to Mt Lyford.

Army trucks have made daily trips to Kaikōura to keep the town supplied. Businesses could request space on the convey to take out and bring in supplies they needed to stay open.

Civil Defence said an escorted convoy would not travel tomorrow morning because of the perilous state of the road.

The Kaikoura Emergency Access Route (Inland Route) has been fully closed to all traffic for assessment after today's 5.7 aftershock.

UPDATE after quake today: the NZDF convoy to Kaikoura will not take place tomorrow morning. Route is being assessed for new hazards

UPDATE after quake today: the escorted vehicle access to Mt Lyford from Waiau will not take place tomorrow morning! Route being assessed 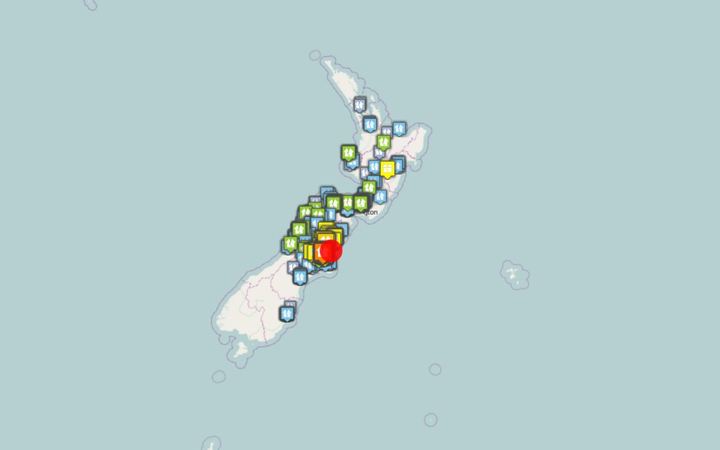 The Hawke's Bay earthquake struck 70km south-east of Porangahau at a depth of 30km. GeoNet described it as "strong".

GNS scientist Kelvin Berryman told Checkpoint with John Campbell that earthquake was likely to be connected to last Monday's magnitude 7.8 earthquake in the upper South Island.

Thousands of aftershocks have rattled the country since then, and they are expected to continue for some time.

More? Or just me?? Am in car and its wobbling #eqnz