Homes in North Canterbury were damaged in yesterday's 5.7 aftershock.

The quake struck near Culverden at 6.13pm, and followed a strong 4.6 quake north-east of Cheviot minutes earlier.

Several of the more than a dozen homes in the area sustained damage and many residents had to stay elsewhere with family members, or pitch tents overnight.

He said council staff were completing building inspections in the area, and chimneys were being demolished.

Thousands of aftershocks have rattled the country since last Monday's 7.8 quake and they are expected to continue for some time.

As well, strong tremors have been recorded in the North Island.

At 8.38am today a 4.9 quake struck 45km west of White Island. It was relatively deep, at 194km below the surface, but was still felt from Tauranga to Wellington. 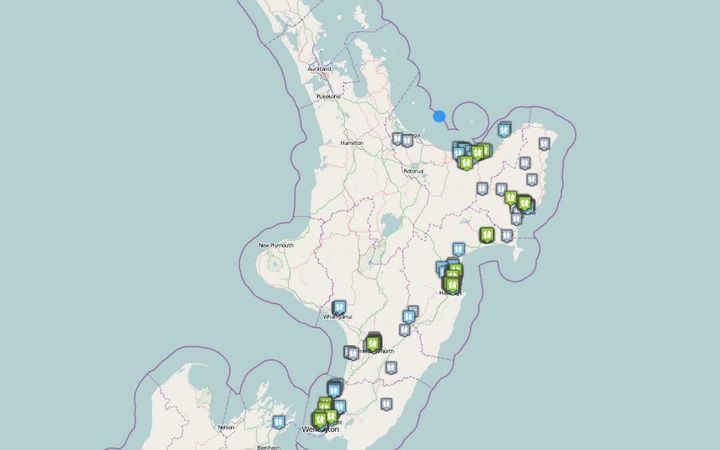 And yesterday afternoon a 5.4 magnitude earthquake was recorded in Hawke's Bay.

GNS scientist Kelvin Berryman told Checkpoint with John Campbell that earthquake was likely to be connected to last Monday's magnitude 7.8 earthquake in the upper South Island.