The country's largest insurance company has put a freeze on new home insurance policies as it assesses the impact of the earthquakes. 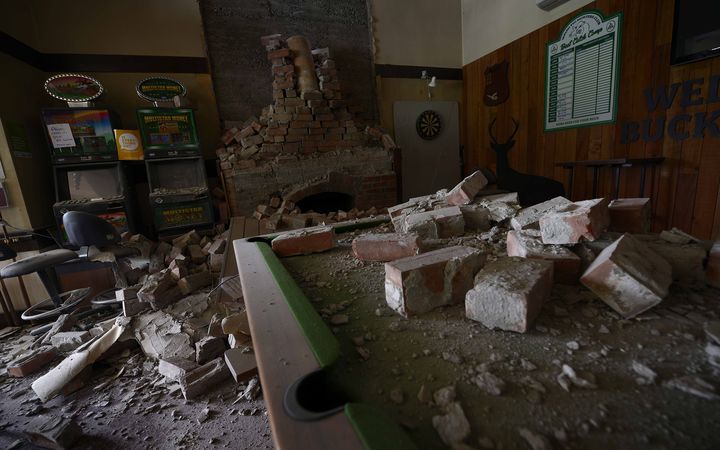 IAG - which owns State, AMI and Direct Insurance - said it would only insure properties that were already insured by the company for the existing sum.

"If we insure the property already and the new owner is willing to transfer that insurance to us then we will stay on-risk for that property," IAG executive manager Dean MacGregor told Nine to Noon.

"What we are not doing is increasing the number of properties or the sum insured on any property we insure," he said.

The temporary freeze was a prudent step to ensure the viability of the insurance sector and would be reassessed every 24 hours, Mr MacGregor said.

Tall Poppy Real Estate general manager Sam McIntyre said the freeze had caught many of his clients who were in the middle of selling or buying a property.

Some banks were also requiring property buyers to obtain new building reports before their transaction could be completed, he said.

The inability to increase the value of the sum insured left some property buyers under-insured, he said.

"There are a lot of restrictions. We had a lot of people who were stressed and confused last week. We're hoping to keep the deals together for the buyers and the sellers."

Some property buyers were able to find new insurance from a smaller insurance company but the premiums were double, Mr McIntyre said.

Meanwhile, 10 banks are offering to help customers affected by the earthquake.

"Any issues would be around insurance. In line with previous practice, they'll continue to require insurance for the properties they lend on.

"Some banks may also require structural assessment building reports. That's to ensure customers are adequately protected and not put in a position where they purchase a damaged home with insufficient insurance to fix it. The bank may cover the cost of that report if it's needed."