A clearer picture is emerging of the poor state of the inland road to quake-stricken Kaikoura. 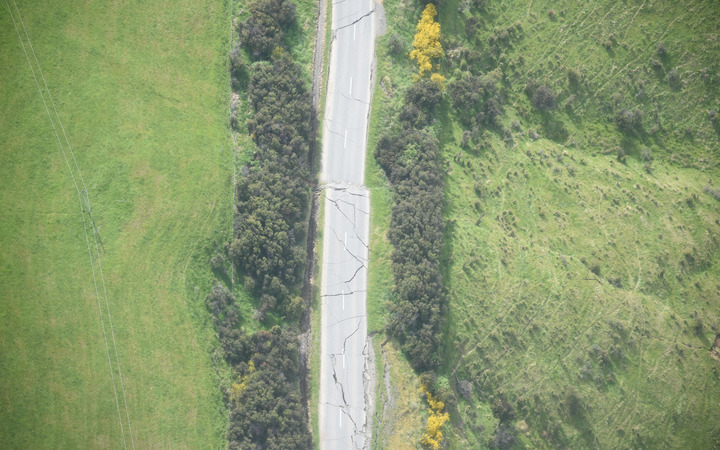 A second army aid convoy travelled the route this morning and reached Kaikoura early this afternoon.

Defence Force assistant chief of strategic commitments and engagements Brigadier John Boswell said there were problems with the road in 36 different places.

It was particularly difficult to negotiate in three spots, he said.

"It's taken them three hours to cover the first 60 kilometres, so they're moving at about 20 kilometres and hour - so there are some real issues with that road."

The navy's multi-role vessel HMNZS Canterbury was being kept at Lyttelton in case it was needed again, Mr Boswell said.

"It is, of course, our preference to be pushing supplies to Kaikoura in by road, because it is the most effective and the most efficient means to do so."

Earlier today, another 186 quake evacuees arrived in Christchurch from Kaikoura on the Canterbury, along with 15 pets and one beehive. 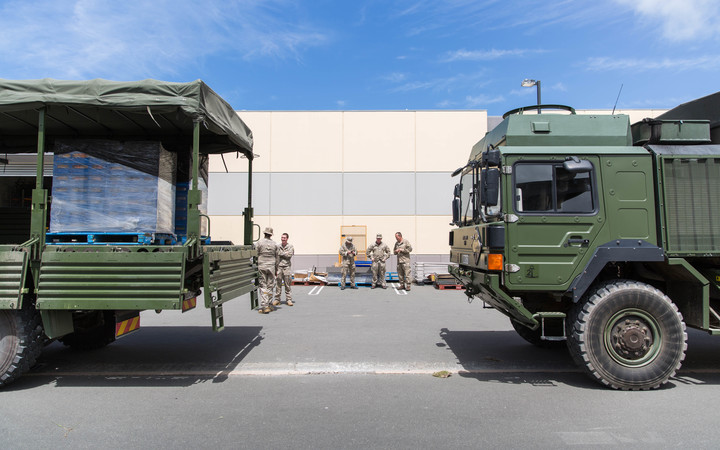 The second army convoy heading to Kaikoura on the inland road arrived in the town at 1pm.

The convoy of six trucks and two other vehicles was carrying food, water and other supplies for the New World supermarket, along with diesel, petrol and LPG.

The plan was for the trucks to make daily trips to Kaikoura to keep the town supplied, with Kaikoura businesses able to request space on the convey to take out and bring in supplies they needed to help stay open. 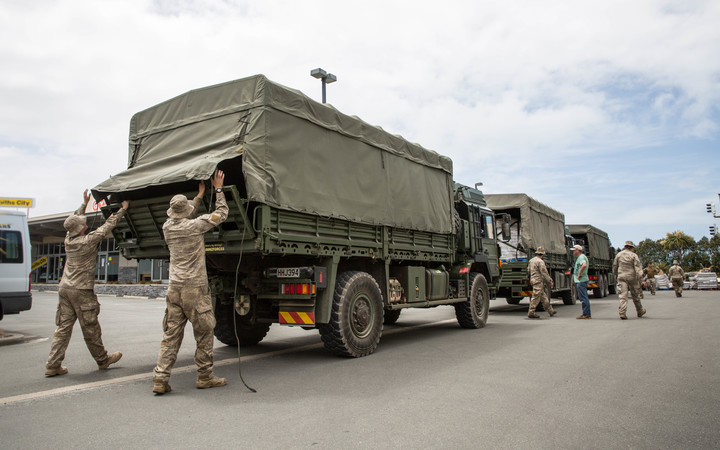 In Kaikoura itself, inspections of buildings were continuing and residents were putting up with a patched-up water supply and a badly damaged sewerage system.

As of last night, 554 buildings had been inspected - 27 had been given red stickers, which means they are unsafe to enter, and 66 yellow, indicating there is restricted entry and they require further checks. 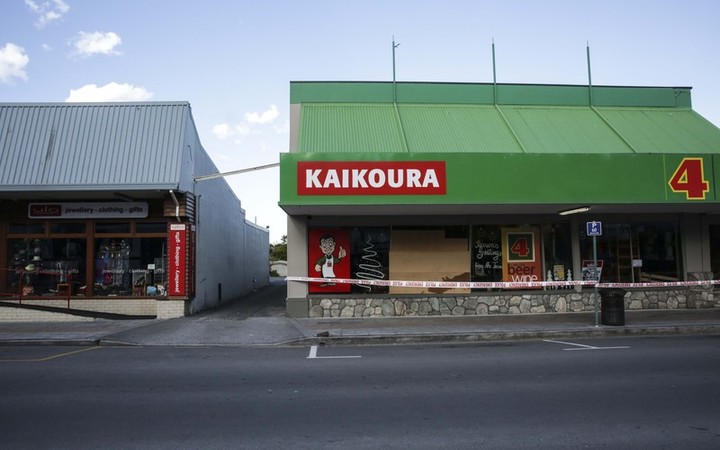 It was expected half of all the buildings in the town would be checked by the end of the day.

Most homes in Kaikoura had their water supply restored, but a boil water notice is still in place and some supplies are inconsistent.

Chemical toilets are being delivered across Kaikoura, as the sewerage system is badly damaged, and is likely in many places to be out of action for some time. The council says more portaloos are also being delivered for public spots around the town.

Kaikoura High School will open tomorrow for senior students who wish to sit exams. Deputy principal Jo Fissenden said the school had power but no water, and no working sewerage.

She said two classrooms had been checked and approved for use, so they could open for senior students who wished to sit exams.

"We don't expect them there, but we know a lot of them have put a lot of effort into this and they would like that opportunity to sit what they have spent the year working towards."

Home economics and chemistry exams are still scheduled for tomorrow.

Ms Fissenden said Ministry of Education engineers had checked the overall building, and most of the building seemed fine, but it may take some time to reopen completely.

Meanwhile, the international non-governmental organisation Save the Children is setting up a space at Kaikoura Primary School for children whose schools remain closed.

Save the Children chief executive Heather Hayden said the centre would be open from tomorrow and school-aged children would be able to go there during the day to play and forget about the stresses and strains associated with the earthquake.

"In emergency situations, if you can reduce the level of stress that children are experiencing, it has a very positive long-term impact on them, in terms of dealing with the stress," she said.

Knowing their children were well cared for, it would also give parents time to take care of other issues in the quake's aftermath.

Save the Children expected to keep the space open over the next week or two, until all schools could resume.

It would be run by trained staff and volunteers.

It was the first time one had been set up in New Zealand, at the request of local civil defence.