Acting Minister of Civil Defence Gerry Brownlee and Chief of the Defence Force Lieutenant General Tim Keating has thanked the crews of US, Canadian and Australian warships helping Kaikoura after the earthquakes.

Three foreign naval ships are in the area - the USS Sampson from the United States, the HMCS Vancouver from Canada and the HMAS Darwin from Australia.

The vessels were set to visit New Zealand for naval celebrations, but diverted to Kaikoura to help with the earthquake recovery efforts after Monday's 7.8 magnitude earthquake. 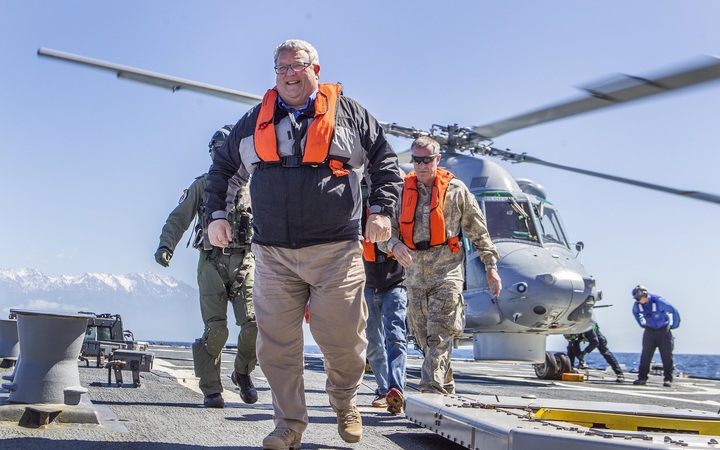 Mr Brownlee and Lt Gen Keating were greeted on board the USS Sampson this morning by the ship's Commander Tim Labenz, and were introduced to the sailors.

Mr Brownlee thanked the crew for helping deal with the crisis.

The Sampson is a 9300-tonne destroyer usually based in Washington.

"To have you, the first ship in 30 years or more to visit New Zealand, and then respond as you have … is just unbelievably appreciated." 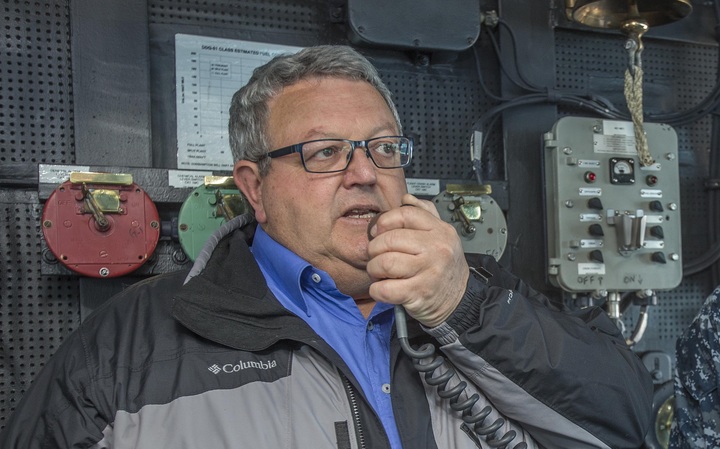 Acting Civil Defence Minister Gerry Brownlee thanks the crew of United States warship the USS Sampson, for their help in the earthquake response. Photo: Pool

The crew were ambassadors for the friendly relationship between New Zealand with the United States, Mr Brownlee said.

Their work would have "a huge effect" on the isolated community.

"You have become part of history, not just in the return of US ships to our waters, but also the history of responding to this particular natural disaster."

He said many Kiwis had a "fond affection" for the US.

Sampson Captain Tim Labenz said the crew would provide support "for as long as you need".

"We look forward to our continuing partnership," he said.

Mr Labenz told RNZ it had been a busy few days.

The crew had been ashore doing "great things", including providing disaster relief supplies and setting up portable toilets for residents. 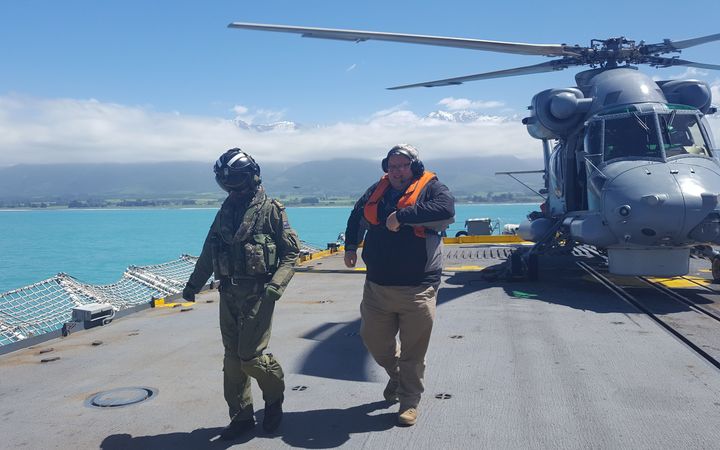 Mr Brownlee arrives on the deck of the HMCS Vancouver. Photo: Pool

Mr Brownlee and Lt Gen Keating were then taken to the HMCS Vancouver, where they met Commanding Officer Clive Butler.

Teams from the Vancouver and its helicopter had helped with supplies for Kaikoura, including chemical toilets to help alleviate problems with the sewerage system.

One Canadian sailor said it was "fantastic" to help.

"The guys are really excited to pitch in. Anything they can do - people are begging to go ashore," he said. 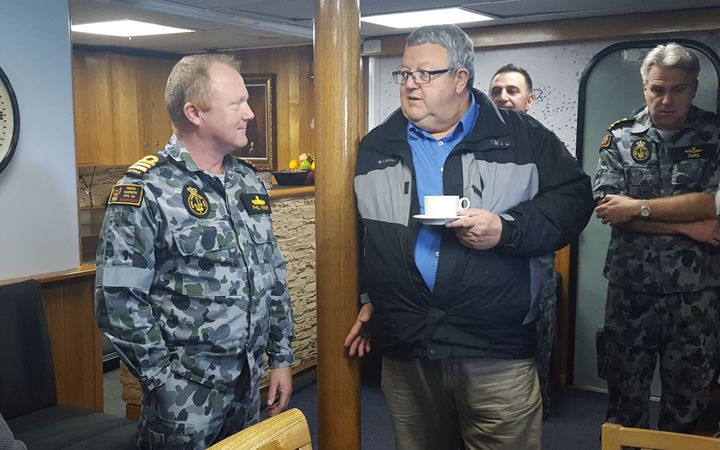 Mr Brownlee and Lt Gen Keating also visited the HMAS Darwin. They were greeted with an Aboriginal welcome below deck.

Mr Brownlee said he would meet his Australian counterpart over the coming days to talk about the Kaikoura situation.

He thanked the Darwin's personnel for their help.

Its second-ranked officer, Lieutenant-Commander Tina Brown, said she was thrilled to help.