As the people of North Canterbury clean up their homes and businesses, RNZ asked those who have lived through earthquakes for their advice on how to get through.

One of the most immediate issues is the lack of clean water. Canterbury Medical Officer of Health Dr Alistair Humphrey told Morning Report people needed to conserve water, and to boil the water they did get, if they were able to.

If they couldn't boil water, they could treat it with bleach.

"A teaspoon of bleach in 10 litres of water will render it safe after about half an hour, so that's what we're encouraging them to do," Dr Humphrey said.

Sewerage is also a concern - as it was following the Christchurch quakes, necessitating some practical - if uncomfortable - solutions.

@meganjwhelan line a toilet with a plastic bag, dispose of somehow!

@meganjwhelan I have some tips I learned from running https://t.co/VOFq4o2Cj0
Lime,from the garden store, keeps down smell in the garden loo

@meganjwhelan Composting can be used to deal with longdrop contents...

Beck Eleven has some novel advice on dealing with aftershocks.

@meganjwhelan Make your dinner table into a hut for the kids to play under so rushing under there doesn't feel too alien.

@meganjwhelan Make your dinner table into a hut for the kids to play under so rushing under there doesn't feel too alien.

Doorways are no stronger than other parts of the house.They can swing and injure you. Drop,cover and hold instead. https://t.co/2sibsUyhPF pic.twitter.com/nPucvgIBaL

Psychologist Sarb Johal has some advice on parenting through disasters.

He said earthquakes were scary things, and children looked to-grown ups to see how to react to a situation.

"It's a bit of responsibility for parents to be carrying. If you do find yourself feeling like that's a bit of an issue for you, I would say really do talk to people who might be able to help you."

Some practical advice from Robert Glennie on Facebook: "Quake humour is quite okay - you need to laugh," he said.

"Put latches on cupboard doors, as it will save you a lot of mess in a big one and stop things like cans of food becoming projectiles.

"Oh, and follow ECan advice on staying off riverbeds where landslide dam-burst floods can come down. There are several with such dams in their catchments at the moment."

EQC has a booklet on how to "quake-safe your home", as does Civil Defence.

Speaking of EQC, insurance is on a lot of people's minds too.

On Facebook, Michael Creed suggested taking a deep breath, photographing any damage for insurance and just start cleaning up as best you can.

The sooner you get some normality back, the better.

@meganjwhelan @radionz Expect the insurance process to be worse than the quakes. Document everything, photos, notes.

@meganjwhelan @radionz You've got three months to process your EQC claim, don't sign off on anything until you have to.

An associate at Morrison Kent, John Goddard, said the first thing to do was to make a claim - both to EQC and to your insurer. There could be three potential claims, one for contents, one for damage to houses, and one for land damage. There could also be separate claims for each earthquake. 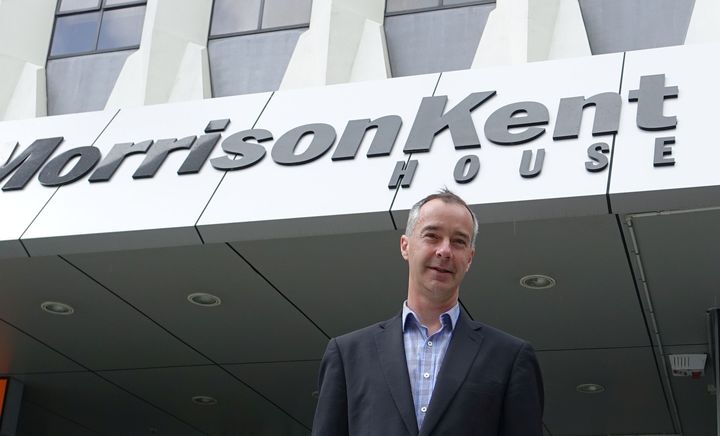 And he said if repairs were significant, they should go through the full council consent process - and fees for that, and for the costs of things like project managers, should be included in insurance settlements.

As well as the practical, a lot of people had advice for looking after each other, and themselves.

@meganjwhelan Be selective in who you share with & what news reports you read. Some folks try to offload their anxiety by passing it on.

@meganjwhelan Also: this is life, not a test for life. You don't have to feel better in a continuous upward trajectory or meet any narrative

. @meganjwhelan Recharge: if/when it’s possible, try and get out of town for a break from it all. Even if just for a day or weekend.

Chris Knight offered this advice: "Talk to each other, check on your family and friends, share your experiences, don't be afraid to ask for help."

"Be kind to each other. Do fun little things & laugh. Look after yourself so you can look after others. It will be full of ups and down but over time it will get easier! Remember you are survivors!"

@meganjwhelan @beckeleven we found going out and walking was helpful. There was a sort of bunker mentality that was unhealthy

. @meganjwhelan try to be patient with the rest of NZ who don't get it for longer than a week then have no idea what you live with daily.

@meganjwhelan take comfort in community and those around you, support each other, that it's ok to get upset that you will get through this x

@meganjwhelan celebrate the small things!! After the 6.3 all we had was 1 can of chicken soup and it was the best goddamn chicken soup ever!

And if all else fails, there's always this option.