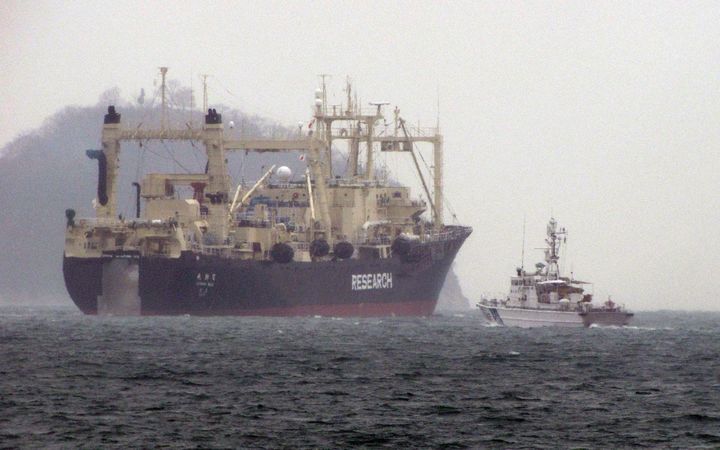 Speaking before the Apec summit in Peru, Mr Key said New Zealand had taken a strong stand against whaling and was supported by the International Whaling Commission.

He said the hunt was not legitimate.

The fleet's stated aim would be to catch Minke whales for scientific purposes, although the International Court of Justice has debunked that reasoning.

The latest fleet follows a similar mission last year, in which the whalers evaded protest boats.

The Japan Times reported the target catch was 333 minke whales.

They will be joined by two other whaling ships and the massive "mother ship" Nisshin Maru.

There will be 185 crew members in total.