Residents in the tiny North Canterbury town of Waiau, badly damaged in Monday's earthquake, are sleeping at the local school and taking turns cooking meals for each other.

On Monday night about 100 people stayed there. About 400 people live in the town, Waiau School principal Mary Kimber said. 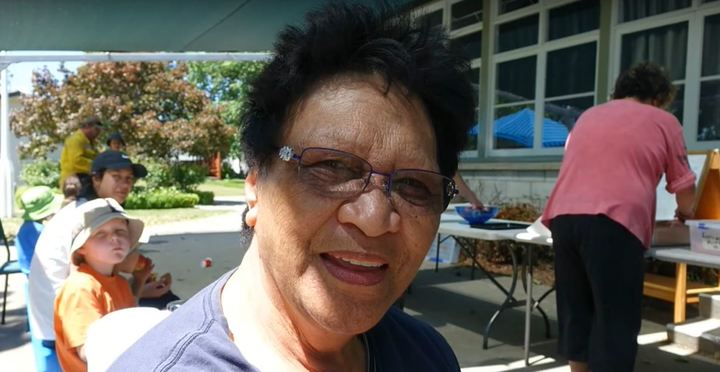 Margaret Amuketi was among those preparing meals at Waiau School, where about 100 of the town's 400 residents have been sleeping because their homes are earthquake-damaged and power and water remain off. Photo: Conan Young /RNZ

Some town residents had lost their homes and had "nowhere to go", so the school had become the "hub of the community".

Residents had slept on mattresses in classrooms, while others slept in their cars parked in the playground.

"We have no power, no water, no cellphone [coverage] ... The houses are in such a mess. The problem is, where do you start?" 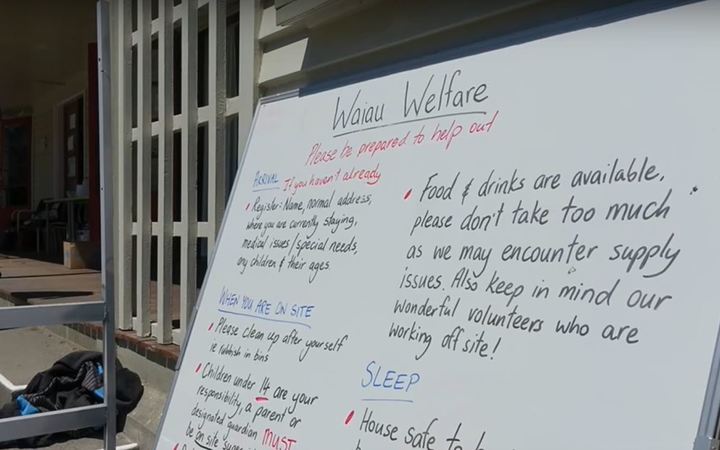 A sign outside reads, "Waiau Welfare. Please be prepared to help out if you haven't already. Food and drinks are available, please don't take too much as we may encounter supply issues."

At lunchtime on Tuesday, sandwiches and fruit, with biscuits for children, were laid out on a table.

Emergency workers could grab a bite on their way to Mt Lyford.

Margaret Amuketi was among those preparing meals.

She has lived in the town, southeast of Hanmer Springs, for 38 years. She was sleeping in her van because of the earthquake-damage to her home.

She had been back inside to get clothes, but had not had a shower since the earthquake hit. 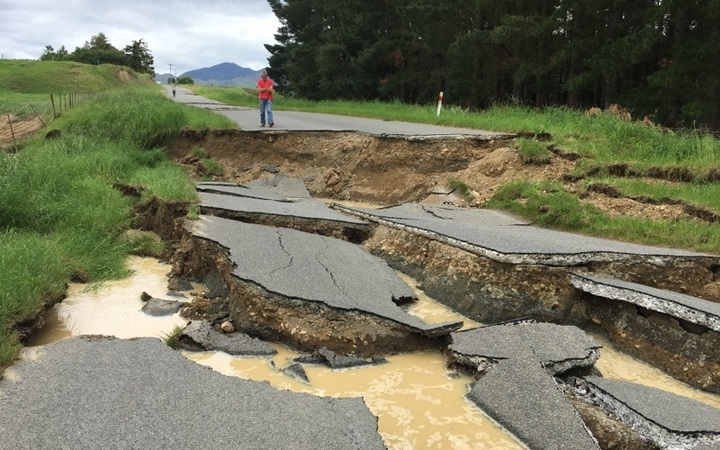 Her freezer tipped over in the earthquake, so she took all the food to the school to share.

"My kitchen and my laundry [are damaged]... the chimney has given way. I've got about four broken windows."

People had brought supplies from Hanmer Springs, Rotherham and Culverden.

"We all take shifts ... whatever turns up, we'll have that for tea."

"We've got volunteers to clean up. We're sweet," she said.

Civil Defence volunteer co-ordinator Alix Bush said the damaged Waiau Bridge was open, but she urged people not to drive over it at night.

The school had become a "welfare centre" for those who with "red-stickered" houses, meaning they were too dangerous to enter.

"Anyone that's got family we're trying to relocate them if we can," Ms Bush said.

She hoped power and water would be restored soon.