The wreckage of the Robinson helicopter that crashed near Whangarei has been airlifted from dense bush, as inquiries into the cause continue. 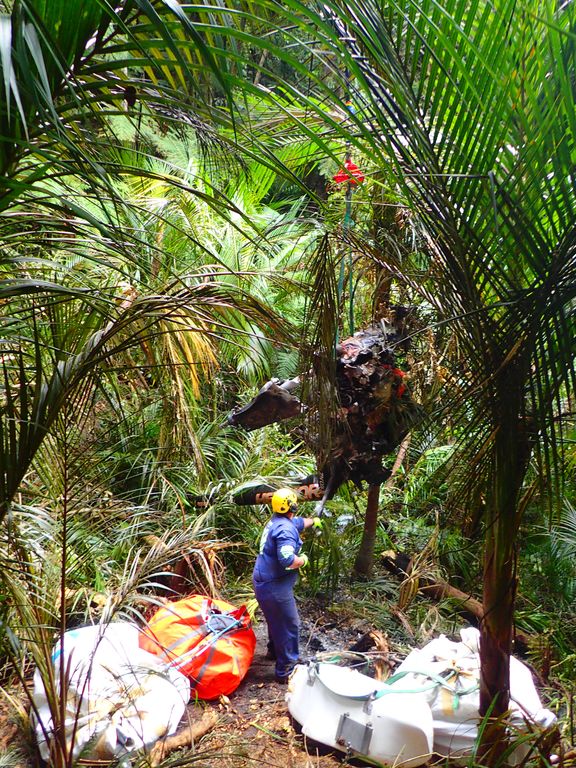 Pilot Alan Jessop and a forestry worker Derek Hammond were killed when the aircraft plunged into a steep gully in Glenbervie Forest on Monday.

Two Transport Accident Investigation Commission (TAIC) investigators have been in Whangarei, examining the wreckage and interviewing people in connection with the fatal crash.

The investigator in charge, Sam Stephenson, said the Robinson went down in rugged terrain, a short distance from a four-wheel-drive forestry road.

The wreckage had been airlifted to a truck and taken to a secure site for further inspection today, he said.

It would then be trucked down to Wellington for further analysis at TAIC's technical base.

The funerals for the two men killed will be held in Tangiteroria and Dargaville tomorrow morning.