The bodies of two people have been found after a commercial helicopter crashed near a forest in Northland this afternoon. 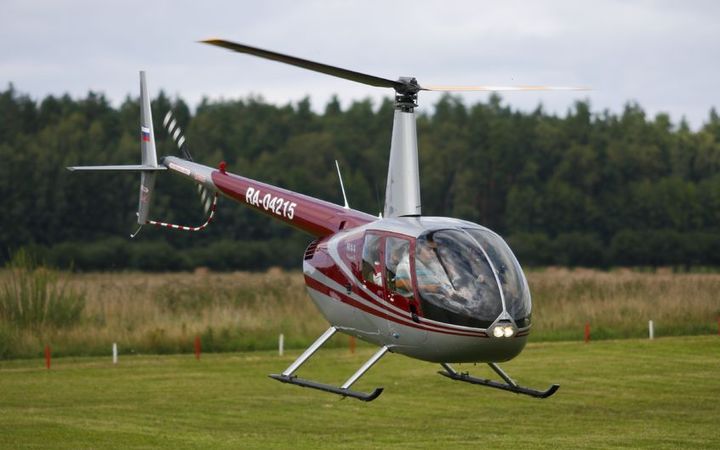 A distress beacon from a helicopter in the Glenbervie Forest, north of Whangarei, was activated just after 1pm.

The helicopter was a Robinson R44, with two people believed to be on board.

Police have confirmed that two people were found dead at the scene.

RNZ has been told the helicopter had been on forest survey work over the forest, when its locator beacon was activated.

It crashed in forest northwest of Whangarei.

Police were working to identify the victims and contact next of kin.

The forest owner, Rayonier, said the helicopter was carrying out survey work for the company when it crashed.

He said the two men were well-known to Whangarei forestry staff, who have been helping emergency services at the crash scene.

"They're contractors, and we have used them for many years, so this is like family to us, and we can only sympathise and offer our condolences to the families and relatives."

Robinson R44 helicopters have been involved in 18 other deaths in New Zealand recently, and the model has been put under the highest possible level of scrutiny.

The Transport Accident Investigation Commission (TAIC) recently added it to its official watchlist of "most pressing concerns".

The model has been plagued by so-called mast-bumping incidents, in which the main rotor blades strike the cabin, causing the helicopter to break up in mid-air.

Last week, TAIC said it was often difficult to determine exactly what caused the incidents, but four previous recommendations had yet to be actioned by regulators and policymakers, and there was a real risk of further accidents.

The United States-based company said the accident rate here was significantly higher than in other parts of the world, and suggested training practices were to blame.

The 300 or so registered Robinsons make up roughly 40 percent of the country's helicopters.