A stoush between leading scientists has bubbled to the surface over the state of the Waikato river.

Last month, the newly appointed chief scientist of the Environmental Protection Authority, Jacqueline Rowarth, drew the ire of some scientists when she announced the river was in the top five cleanest rivers in the world. 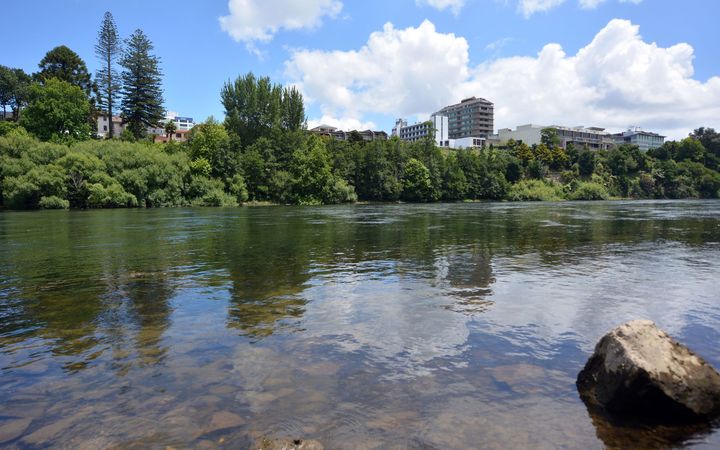 Jacqueline Rowarth claimed the Waikato river was in the top five cleanest rivers in the world. Photo: 123rf

Ms Rowarth, wearing her former hat as a Waikato University agribusiness professor, reportedly made her comments to 180 farmers at a Primary Land Users Group meeting on 3 October.

But the Freshwater Sciences Society said her comments were wrong.

The Society's president Marc Schallenberg said Ms Rowarth is basing her statements on nitrate data released by the OECD over the 2002 to 2004 period.

He said that data, which samples about 100 rivers worldwide, shows the Waikato sat in the top 5 percent of rivers then.

But he said that data was now outdated and more recent data suggested the river's health was deteriorating.

"By 2011, which are the most recent data on the OECD website, it had fallen to the 24th percentile, so it's really just at the three-quarter mark now instead of at the five percent."

"It's dropping in its ranking quite rapidly in relation to other rivers, if we were going to use this data to make a comparison."

Dr Schallenberg said using the OECD data is problematic as it only takes samples from the mouth of the river and not areas like estuaries which can show significantly different results.

Ms Rowarth's later comments in an letter to NZ Farmer that E Coli in the river would pass the European Union's swimability test were also wrong, he said.

He said she used median values and not maximum values to assess the data.

"If you look at the Waikato river data, the raw data, you see that in the lower river, it does exceed the swimability standards of both the European Union and in the New Zealand standard quite often."

"Again, it was the wrong message and the wrong interpretation of the data and the Waikato river doesn't always meet swimability criteria."

A professor of biological sciences at the University of Waikato, David Hamilton, said the Waikato doesn't make the top 30 cleanest rivers in the country, let alone overseas.

He said nitrogen concentrations differ widely between the mouth of Taupo to Port Waikato.

During that path, there is a 10-fold increase in nitrate and nitrogen generally, he said.

"The volume of the river roughly increases about 2-and-a-half to three times, so it's quite a significant shift."

Mr Hamilton said scientists want to make sure the public know it isn't always safe to swim in the Waikato.

"The data said that in respect to many of the parametres used to measure water quality, New Zealand rivers, including the Waikato, were up there among the best in the world, in context of these 98 rivers around the world."

Dr Edmeades said the E coli data was taken from Waikato Regional Council, which shows some areas in the river are improving.

Ms Rowarth, who owns a 5 percent share in a dairy farm that supplies Fonterra, declined to comment.

A spokesperson for the EPA said it would be inappropriate for her to comment on statements she made while employed in a previous role.