Taranaki environmentalists have taken to the water today to highlight problems with pollution in the Waitara River.

Friends of the Waitara River member Robbie Taylor took Green MP Catherine Delahunty out on a boat to illustrate issues with sewage discharges, and sediment and nutrient run-off. 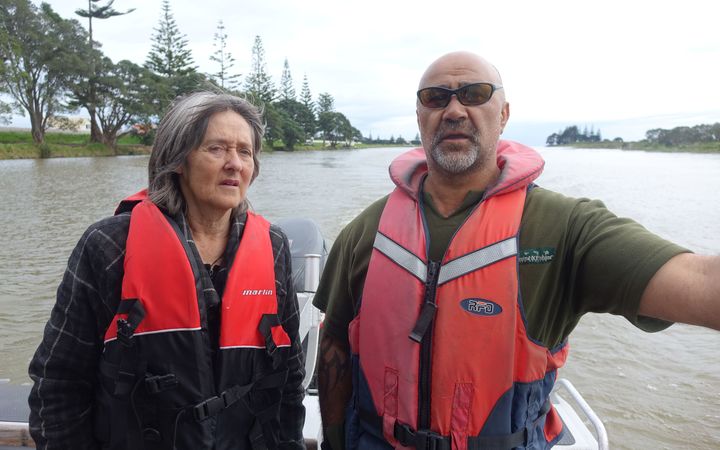 Mr Taylor said conditions in the river were far better than when a freezing works operated in the town, but it was still not possible for people to gather food or swim safely in it.

He said local hapū had lost confidence in the safety of kaimoana gathered in the area.

"When there's something that goes into the river, whether it's sewage or other contaminants, the signs go up and we're not allowed to go onto the reef from up to one month to up to four months."

The Green Party said there had been 16 unauthorised sewage discharges through the Waitara outfall since 2014.

"There's still treated industrial waste going out the pipe and washing back up, there's still sewage overflows from other communities affecting this community, you've also got dairying upstream in the upper catchment, and a lot of gas and oil development."

The Taranaki Regional Council said the Waitara River was safe for swimming 95 percent of the time, and it did not accept the Green Party's claims about its water quality.