The company responsible for the helicopter involved in a fatal crash near Whangarei has shut down for a week to show respect for the two men who died. 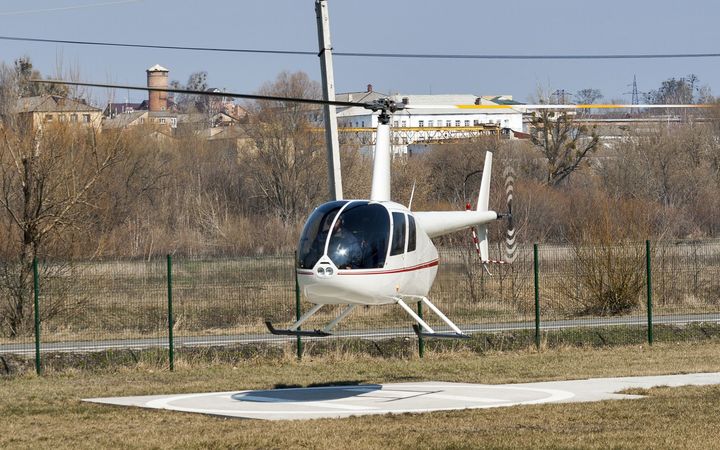 A Robinson R44 helicopter, like the one here, was being flown by the pair who died after it crashed in Northland yesterday. Photo: 123RF

Allan Jessop, 42, from Tangiteroria, and Derek Hammond, 49, from Kauri, were carrying out survey work yesterday when their Robinson R44 helicopter crashed in Glenbervie Forest, north of Whangarei.

Helisika is the license-holder for Helinorth, the small Northland operator that flew the Robinson that crashed.

Mr Gribble said the pilot from Tangiteroria, west of Whangarei, was a family man.

"He was experienced; he was trained on the Robinson and he flew just about every day, doing farm and forestry contracts. "

The Robinson R44 was only a couple of years old, had only about 600 to 700 flying hours on the clock and was well-maintained at Helisika's Ardmore base, Mr Gribble said.

"We'd just bought him a new turbine model. Now he'll never get to fly it."

The passenger in the helicopter was a Rayonier forestry worker and the pair had been checking out blocks to be sprayed when the machine crashed, he said.

"They'd been spraying all morning over at Mokau and just moved over to Glenbervie, about lunch-time.

They were doing a reconnaissance flight to confirm the spray area and look for any hazards.

"Something went wrong. We don't know what, but we are all upset and there are some terribly sad families up there today. "

Earlier today, police said it could take some time to get the bodies out because of the terrain and the location of the wreckage, and a specialist cliff rescue team had been called to help.

The bodies were recovered this afternoon, and were being taken to Auckland for post-mortems.

Civil Aviation and the Transport Accident Investigation Commission (TAIC) have begun separate investigations into the crash.

The Transport Accident Investigation Commission is sending two staff to Whangarei to look into the fatal crash.

Commission spokesperson Peter Williams said the investigators should get to the crash site by tomorrow morning to begin examining the wreckage.

"Off the site itself, they'll be looking to examine the records for the helicopter, its maintenance, the pilot and his training, and all the related questions that might flow from that."

Design of helicopters to blame for crashes - lawyer

Earlier, a lawyer acting for Robinson helicopter crash victims and their families said a design flaw meant the aircraft was unsafe and should not be flown.

According to TAIC, it is the fifth death involving a Robinson R44 since 1991.

Over the same period there have been 14 deaths in accidents involving Robinson R22s and one involving the R66 - a total of 20 deaths.

The approximately 300 registered Robinsons made up about 40 percent of the country's helicopters, the TAIC said.

Texas-based lawyer Ladd Sanger told Morning Report Robinson helicopters were involved in a high number of in-flight break-ups, caused by the rotor system coming into contact with the main body of the aircraft.

"Robinson tries to always to blame the pilots [for] these accidents, and has for years."

He said the problems were not limited to New Zealand.

"It's the design of the helicopter that is at the root of these accidents, and the problem is, it is not an easy fix.

"It would be a complete redesign of the helicopter to fix the problem," Mr Sanger said.

In a statement, the Robinson Helicopter Company said its thoughts were with the the families, friends, and loved ones of the two dead.

It said it would fully cooperate with any investigation and did not have any further information.