The beginning of daily landings of the world's largest passenger airliner in Christchurch is a vote of confidence for the city, Canterbury tourism says. 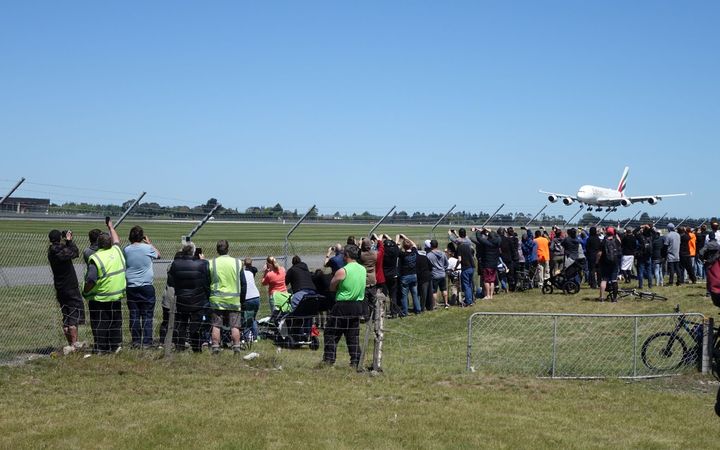 Hundreds of plane-spotters were at Christchurch Airport to watch the first scheduled arrival of the Airbus A380 at the airport. Photo: RNZ / Maja Burry

Hundreds of plane-spotters waited at Christchurch Airport to watch the first scheduled arrival of the Airbus A380 at the airport at about 1.45pm today.

Some plane spotters skipped work and school, arriving as early as 10am this morning to get a prime spot along the Christchurch Airport fence line to watch as the airliner touched down, just before 2pm this afternoon.

One plane spotter, Alex McLaughlan, said it was an exciting day for Christchurch.

"We usually see these things in Auckland, and other parts of the world and it's basically the Titanic of passenger planes. It's huge, I mean, I haven't been in one, but it is huge."

"Emirate Airline is one of the largest and fastest growing airlines in the world, with connections to most of our major markets.

"So the fact they're bringing their largest aircraft into Christchurch is a huge vote of confidence for the city," Mr Allen said.

Christchurch was expecting a huge increase in tourism, he said, as the earthquake rebuild reached its final stages. 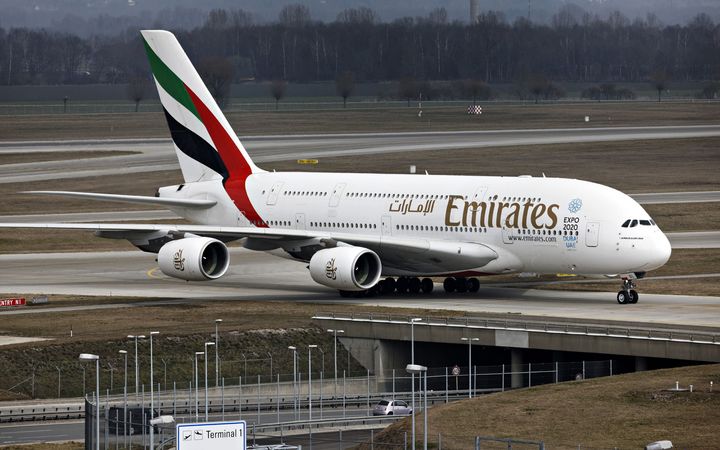 An Emirates A380 Airbus, pictured here in Germany, landed at Christchurch Airport this afternoon. Photo: AFP