Unitec has lost up to $15 million in revenue this year because of problems with its enrolment system, the Tertiary Education Union (TEU) estimates. 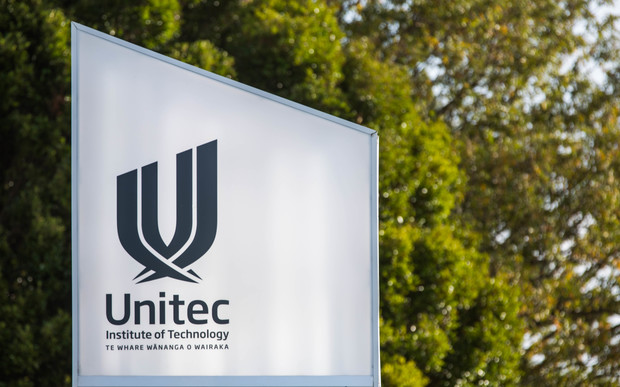 New Zealand's largest polytechnic, based in Auckland, Unitec began using the complicated online system in May.

The enrolment website is contracted out to mutinational company Concentrix.

A TEU spokesperson said the system was difficult to navigate, hard to understand and students were often given the wrong information.

According to figures compiled by the TEU, the number of full-time-equivalent students on some courses dropped by about 40 percent since May compared to the same time last year.

The number of domestic students at Unitec are down 25 percent from the same time last year, while new enrolments from school leavers are down 40 percent from semester two of 2015.

Unitec staff morale has been described as critically low in a recent report and its Albany campus will close at the end of the year.

The institution has been undergoing a $250 million restructure and staff told RNZ they felt it was going too fast and their concerns were not being listened to.

Green MP David Clendon, who used to lecture at Unitec, said former colleagues reported the changes were not turning out well either academically or financially.

He said enrolments at other institutions had dropped only a couple of percentage points, whereas Unitec's losses had been dramatic.

"Some courses - in fact some specific programmes at Unitec, notably Design and Visual Arts - new enrolments have dropped in the order of 62 percent."

"That is not down to the state of the job market."

Tertiary Education Union's Unitec president Wei Loo agreed the drop in student numbers could not be explained away by outside factors.

He said the number of students was at its lowest in 15 years.

"In 2001 the pool of available students in the Auckland area was significantly lower than it is now even with the improved employment market out there now.

"So I think employment is just one aspect of it, but it doesn't nearly explain the quite dramatic declines we've been experiencing," he said.

Dr Loo said his own area, engineering, had been affected.

He is involved in a mechanics course during the educator's second semester, which saw a steep decline in student numbers compared to the same time in 2015.

"Last year we had 75 students enrolled for that course. This year, we had 22 students and only nine passed because 13 were given the wrong information and didn't turn up for class."

"We subsequently refunded those students but that, just from my own personal experience, gives you an idea of the issues that we're having."

Dr Loo said staff at Unitec were excellent and committed and that they wanted to work with management to reverse the trend of low enrolments.

Unitec chief executive Rick Ede was not available for interview, but sent RNZ a statement.

"Unitec does not have any data that our enrolment system has led to students not being able to enrol for courses this year," it said.

"Unitec has also committed significant resources to further improve the application process to ensure that the steps from application to enrolment are more user friendly from the students' perspective."

Mr Clendon was also concerned about a review of Unitec by the Qualifications Authority which took place in April.

NZQA is yet to make its final report on the institution.

Mr Clendon said the time it was taking to finalise the report did not bode well for Unitec.

"This is running about seven months through the year, we haven't seen a response - which leads staff and indeed me to think that there is some bad news indeed.

"And it is being held back while they endeavour to perhaps put things right or to determine what they are going to do with it."

In a statement to RNZ, Tertiary Education Minister Steven Joyce said he had no concerns about the time NZQA was taking and expected the report in the next few weeks.