A large blaze at a tyre company in Hamilton is the second at the building in less than 24 hours. 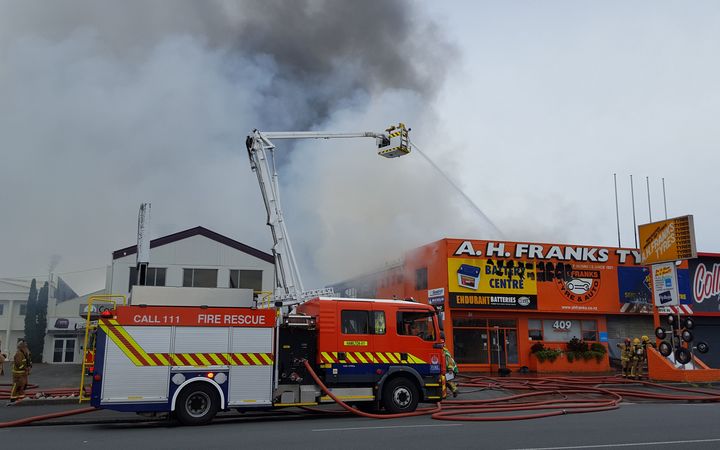 The fire at the A H Franks Tyres building is the latest in several blazes. Photo: RNZ / Andrew McRae

Fire crews were called to A H Franks Tyres building on Anglesea Street about 9.40am.

Motorists and shoppers: if you are heading to the CBD please avoid Anglesea St from Collingwood St north. Fire causing road congestion.

A spokesperson said the building was completely gutted by the blaze.

Fire Service shift manager Scott Osmond said the fire was now under control, and asbestos found in the roof would not put the public at risk.

"There's potential for asbestos to be in the roof, it's handled quite safely and there's no risk to the public and external authorities will be in charge of making sure that's safely removed."

An automatic fire alarm alerted the crew and people phoned to report thick billowing black smoke over the CBD.

At the height of the blaze about a dozen fire trucks were at the scene.

Mr Osmond said there had been a number of fires at the building in the past.

He said the cause of the recent fires were not known and he could not say whether they had been treated as suspicious.

Some roads are cordoned off around Anglesea Street near London Street. 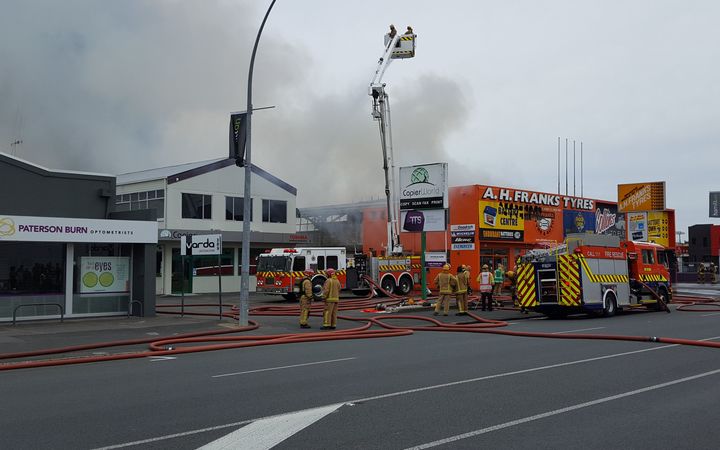 Some roads were closed as firefighters tackled the blaze. Photo: RNZ / Andrew McRae