The number of deaths from quad bike accidents has reached a record annual high of 14, and an agriculture expert says the rate is predicted to rise. 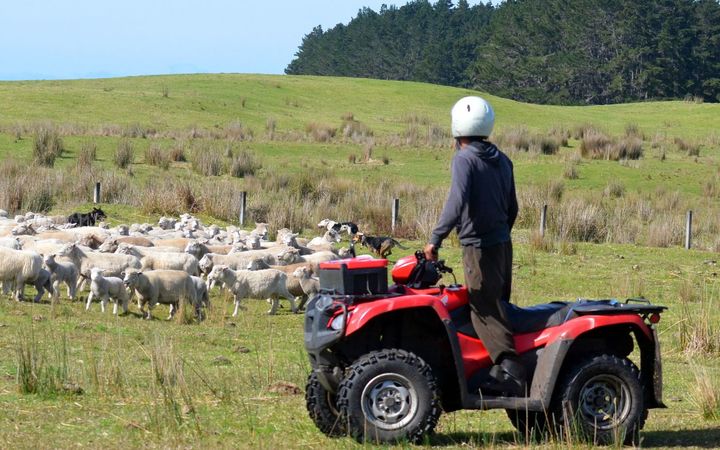 A quad bike accident in Taupō on Saturday night left one person dead and another with moderate injuries, bringing the number of deaths from quad bikes this year to 14, a record for a single year.

The former director of Lincoln University's Telford campus, Charley Lamb, said the deaths were occurring as a result of crush injuries, which research showed roll bars would prevent.

"Very few bikes have roll over protection, which of course they should do. Whether people want to debate that and argue that, they can. But they used to do the same about safety frames on tractors and they did the same about seatbelts in cars."

"There's no doubt that roll over protection on quads will stop crush injuries and stop deaths. It won't stop injuries."

He said the government's refusal to require roll bars, coupled with a reduction in the agricultural training budget and a failure to classify agriculture as a high-risk industry, have created a "perfect storm".

Underfunding of agricultural training and education has been an ongoing issue.

"I think at a macro scale if the Minister of Finance wants to balance the budget or show a surplus for election year then he has to get his expenditure from somewhere and agriculture tends to always be, if you excuse the pun, the bottom of the food chain.

"So it always gets money taken from it," he said.

Mr Lamb said the agricultural sector was not a big enough voice to affect the voting population.

"They're taking money out of the training budgets by the euphemism of tendering training, [it] is just a way of reducing funding.

He said the decision to declare agriculture "relatively safe" in the Health and Safety legislation which came into force in April this year, was a joke.