The Ministry of Education is apologising for the way it handled complaints from parents about the use of a seclusion room at Miramar Central School. 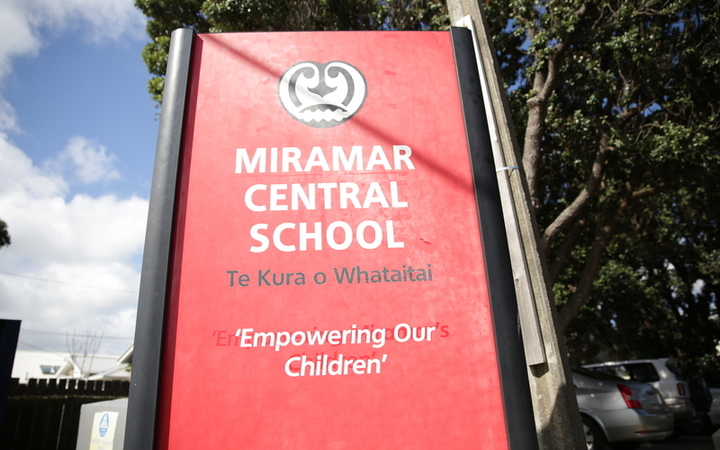 Acting Secretary of Education Katrina Casey said it was clear the ministry didn't act with the urgency it should have to stop the use of seclusion.

She said officials had apologised to Education Minister Hekia Parata for the handling of the complaint and for a delay in informing her that the investigation had been completed.

It emerged early last week that Miramar Central School in Wellington had been confining children in a small dim room in response to behaviour such as hitting, biting, kicking, choking and slapping.

One 11-year-old boy, described as autistic and with the mental age of a toddler, was reportedly put in the room 13 times in nine days.

The parents of another boy with autism, aged six, told Checkpoint with John Campbell their son was also put in the room, which was described as the size of a toilet.

They said they didn't know about the room until they read media reports, and wouldn't have known about it at all if there hadn't been other complaints.

The ministry's investigation into the school (PDF, 6.2MB) found the use of seclusion went well beyond the management of extreme situations, and in some cases it was used as a more routine behaviour management practice.

Ms Casey said the school's use of the room had ended, and the ministry had sent staff to the school to review all behaviour management plans.

Parents would now be asked to sign off on their children's behaviour management plans.

The changes were "of the same level" as a statutory intervention but, because the school was co-operating, it had decided against a more formal intervention.

'All schools need to understand seclusion is unacceptable'

The ministry was working to identify all schools that had used seclusion rooms in the last year, Ms Casey said.

"It is making it clear that they must stop using the rooms immediately and we will work with them to ensure they have other techniques to manage extreme behaviour."

The names of the schools would not be released until the process had been completed, she said.

"These schools will need to talk to their parents and communities and will be encouraged to do this as soon as possible.

"All schools need to understand seclusion is unacceptable. This case highlights that we should have acted much more decisively when we first received the complaint about the use of seclusion at Miramar."

The ministry acknowledged the health and safety risks around putting children in locked rooms, but also recognised that extreme behaviour created risks for other people, she said.

"We are investigating the regulatory and legislative implications of all this, as well as other potential legal matters this issue may surface and we will be reporting to Minister Parata on this."

ERO not aware of Invercargill complaint

The Office of the Ombudsman is also investigating the use of seclusion rooms in schools in New Zealand, and a police investigation is under way after a complaint about Invercargill's Ruru Specialist School.

The Education Review Office (ERO) admitted it should have known about the use of a seclusion room at Ruru Specialist School - which received a glowing assessment report - and said in future the ministry would tell it of any ongoing investigations.

ERO chief executive Iona Holsted told Checkpoint with John Campbell the seclusion room should have been taken into account in its reports.

"One of the things that this series of stories has thrown up is that the ministry and we need to have better information-sharing."

Ms Holsted said she would also have expected the school to inform them that there had been a complaint.