Education Minister Hekia Parata should have stopped the use of seclusion rooms in schools as soon as she found out about them, the Green Party says. 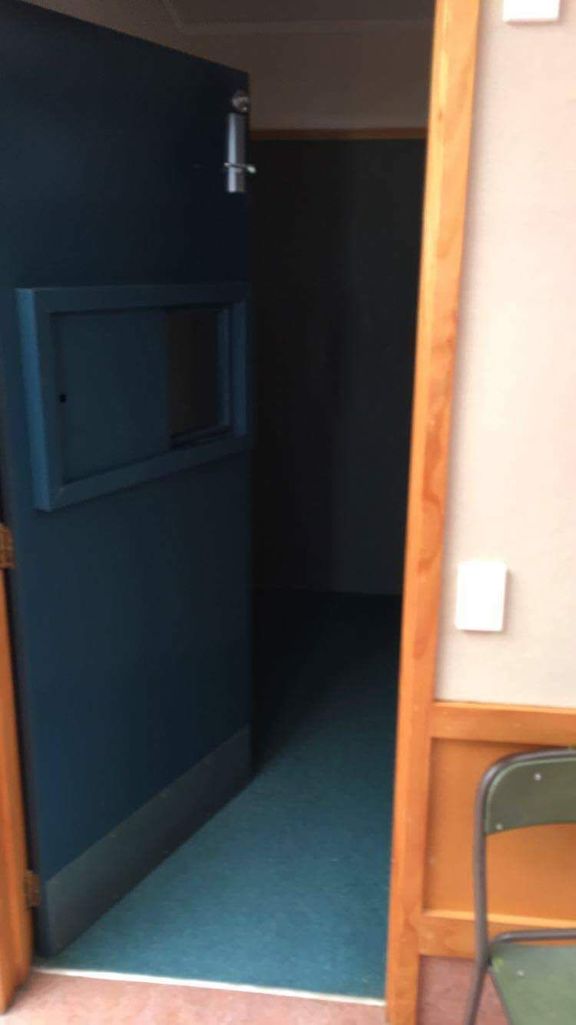 The entrance to the seclusion room at Miramar Central School. Photo: Supplied

It's been revealed eight of the country's 64 special schools have the rooms, which are under investigation by the Office of the Ombudsmen after complaints.

All schools will now be reviewed by the Ministry of Education.

The use of seclusion rooms was thrust into the spotlight earlier this month after parents of a six-year-old autistic boy discovered he was sometimes being held in a room the size of a toilet, at Wellington's Miramar Central School.

Seclusion is defined as a student being forced to be alone in a room - often a small, dark place - from which they cannot freely exit, and the door may be locked, blocked or held shut, according to the ministry.

Ms Parata told Parliament yesterday she had made it clear to schools that the use of the rooms was unacceptable.

But questions have been raised about when Education Minister Hekia Parata first heard about the use of the seclusion room at Miramar Central School.

She told Checkpoint last week that she had only heard about it the day it was reported in the media.

But in a written response to a question from the Green Party, Ms Parata said she was first informed on 28 July.

The Green Party said Ms Parata should have taken the issue seriously when she first heard about it.

"It's almost like saying, this is possibly a legitimate strategy, we're just going to investigate - and that's not how many, many parents who've talked to me about it feel about it."

Ms Delahunty said seclusion rooms should not be confused with time-out spaces.

"There's a very clear distinction between a time-out space where children voluntarily go and spend time. It's a space they're in control of.

"That is so different from locking a door and placing a child in a room with a high window, and they can't get out."

Intellectual disabilities service provider IHC said over the last week, many parents called to say the practice happened often and was not confined to special schools.

Director of advocacy Trish Grant said the rooms could be found in mainstream schools, and were also used on children who did not have any disabilities.

"It is a practice that has been used, and become part of the school culture in managing behaviour.

"These practices may well be practices that aren't talked about, or aren't identified by schools reporting to the Ministry or ERO [Education Review Office]," she said.

Seclusion rooms caused more harm than good and it could take years for the child to learn to trust adults again, Ms Grant said.

"For any child it's traumatising, [but] for a child with a disability who has different ways of understanding and responding to the world, that could be deeply traumatic."

New Zealand First MP Tracey Martin said she was amazed the rooms were used for years but had only just come to light.

"ERO goes into every school and does a report on them, how could ERO have missed this? If you look at the Miramar room and the door of it, it looks like a prison door. Did ERO never ask, what is behind this door? Why does it look like this?

"I just find it unfathomable. They must've known."