The family of a man spear-tackled at Mt Eden jail has labelled an official report into his death a whitewash. 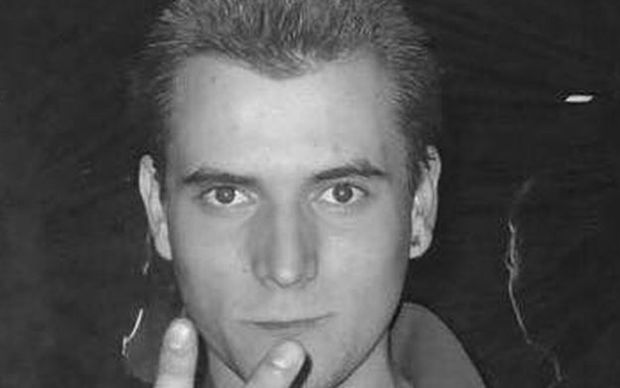 Evans, who was 25, was admitted to Whangarei hospital a day after being transferred from Mt Eden to Ngawha prison in Northland.

His family has spoken out for the first time since he died in June 2015.

They have just received Chief Inspector's report and say they aim to sue Corrections.

"It's basically a whitewash, especially from the medical people, it's a whitewash, it's what you would expect," said his father Glenn Evans, 66, of St Heliers in Auckland.

The Corrections Department said in a statement there was "nothing in Mr Evans' time and management at [Mt Eden] which relates to his death. There is nothing in this report which could be seen as an admission that the Department failed in its duty of care towards Mr Evans."

In 2013, Corrections ordered an independent review of how private operator Serco was running Mt Eden as it had too few wardens and prisoners were being left unsupervised for long periods.

It then fined Serco $50,000 for failing to control prisoners to ensure the safety and security of inmates and staff at Mt Eden.

Evans' family is not releasing the inspector's report publicly but showed RNZ a single page from it which concluded there were delays in Evans getting medical help.

The family said the report also spoke of a fight in late March and of their son describing being spear-tackled by another prisoner, which they said led to his collapsed lung and his death.

Last week another inquiry, into fight clubs at Mt Eden, showed that between 2012 and 2015 there were gang-organised fights on at least a weekly basis.

Corrections chief executive Ray Smith admitted he failed to fix the staffing or support monitoring of the jail properly.

The report did not mention either Nick Evans or Alex Littleton, who was badly injured at Mt Eden shortly before Serco was stripped of its management.

Mr Evans said his son told them he had a fight, but gave no details of the assault or say whether gangs had targeted him.

"Yes, he was there to be punished, but he didn't deserve to die. The last three months of his life must have been an absolute nightmare, and that makes it even worse for us."

Evans was addicted to P and had been convicted of drug offences. His parents opposed home detention, and he himself elected to be imprisoned, seeing it as a chance for rehabilitation, his father said.

Glen Evans said they were alerted by the hospital, not Corrections, that his son had been admitted. He said his son was put in an induced coma, but guards still insisted on being in the room and on occasion the family was told they had to leave the room.

"Their behaviour was just so inhumane it was incredible."

Corrections said it was limited in what it could say because the inquest had not yet been held.

"There are no matters in the Chief Inspector's report into fight clubs at [Mt Eden] which pertains to Mr Evans," it said. "Mr Evans was treated promptly by medical staff at Northland Region Corrections Facility."

No date has been set for the inquest, which has been delayed by Serco's failed challenge of the fight club report's release.

At the same time Serco was being fined for lack of guards and supervision at Mt Eden, it was also scored as "exceptional" or exceeding targets in the Corrections Department's own performance reviews.

Corrections last night said this was a correct ranking "based on the indicators that were being used at the time".

It did not say if that meant the rankings for all other prisons were now suspect, but that it was now looking to improve the transparency and clarity of its performance tables.

These are due quarterly but have not been updated for 11 months.