Fight clubs were organised at Mt Eden prison as often as weekly, court documents have revealed.

In a judicial review released today, the High Court cleared an investigation by the Chief Inspector of Prisons into allegations about activities inside the prison.

The High Court has cleared the way for an investigation report into Mt Eden prison to be released. Photo: YouTube

The investigation was fair and the inspector's report without error, the court found.

Private prison operator Serco had been trying to block the report's release, saying it relied on anonymous and unproved claims about violence and drug-taking.

The fact that no one in the footage seemed surprised by what was going on showed how much it was a part of ordinary life at the prison, the documents said.

The documents show 12 incidents of sparring were recorded on CCTV in 26 days in June and July last year.

Serco accepted 21 of the inspector's 35 findings.

Corrections Department chief executive Ray Smith said he was now considering when to release the report. 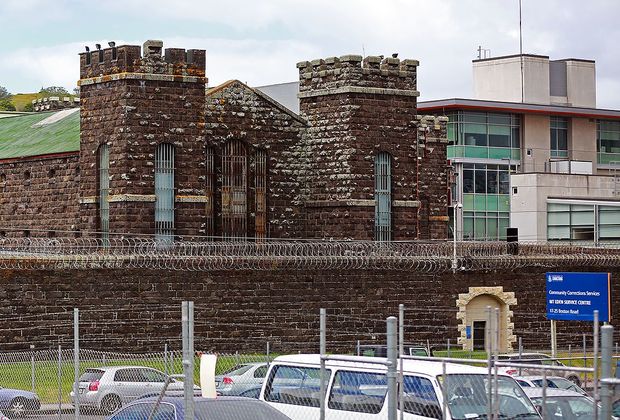 Serco lost its contract at Mt Eden prison amid the claims and the inquiry. The company also lost $10 million last year after being stripped of its contract to run the prison.

During its court attempt to block the report's release, the company argued that the report should be revised.

The focus of the investigation had unfairly shifted from organised fighting to the practices of Serco itself, it said.

The inspector that carried out the report was not an independent investigator, and had failed to provide the company with notes of interviews conducted with prisoners, Serco said.

In a statement, Serco said it had always accepted the recommendations of the report, but brought judicial review proceedings over concerns about the process.

'They need to know what happened'

Meanwhile, the lawyer for the family of inmate Nick Evans, who died in Whangarei Hospital shortly after a transfer from Mt Eden to Northland Region Corrections Facility last year, said they planned to urgently push for the full report on Serco to be released within the next 10 days.

In the 37-page ruling, there was no mention of Mr Evans, whose case was one of three that put Serco under intense scrutiny.

Family lawyer Martin Heslop said he spoke to them this morning, and they were tired of waiting for answers.

"They need to know what happened, where was the failure, why was this not picked up earlier. Does it sit with Serco or does it sit with Corrections, and this whole judicial review process prolonged matters for seven to eight months."

Mr Hislop said they hoped the full report would say what really occurred over the three days prior to his death.