Tourist operators and government officials meet this week to discuss whether they're on track to deal with freedom campers in what's expected to be another busy tourist season. 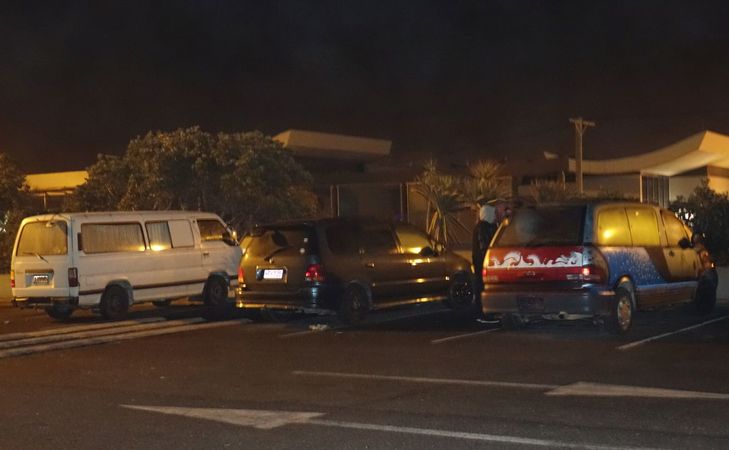 In March, a freedom camping site in Akaroa attracted 100 campers a night, causing the septic tank to overflow into the harbour. In February, residents in Tekapo wanted a site declared a health hazard after reports of freedom campers defecating and leaving litter behind.

The Freedom Camping Forum will meet on Tuesday in Wellington and will discuss whether the industry is prepared to manage the growing number of freedom campers and the problems a few of them cause.

A month after the launch of a trial that issues fines to campers tagged to the vehice they are travelling in, one of the councils involved in the scheme said the initial results, while small, were encouraging.

Since the trial started, the council had issued 19 infringement notices - with 11 paid, five still unpaid, and three written off - Mr Webster said.

"If I look at the number of infringements for the same time period of September, October 2015 versus 2016 we've seen a 40 percent increase in the payment of those infringements," he said.

"So in 2015 we had 18 percent paid. Over this trial we've seen that increase to 58 percent, which is really, really encouraging.''

TIA advocacy manager Steve Hanrahan said the industry was taking a three-pronged approach to prepare for the summer season, with information to campers, infringement fines and providing infrastructure.

He said Tuesday's meeting was about making sure there was a co-ordinated approach and that everyone was working together.

"We have around about 35 participants on Tuesday, we have about 15 to 18 councils as part of it. We're able to stay across it through that forum.''

He said about one third of the country's councils had bylaws in place, so communities were taking the lead on the issue.

"There's around about 12,000 people who might freedom camp on their holidays here. It's a very small number of people who will holiday here and of course it's domestic visitors as well as international visitors.''

Vehicle rental operator Jucy's chief executive Tim Alpe said freedom camping was a valuable contributor to the economy - but that it was important those who did not behave responsibly met their obligations.

"It's kind of our initiative to try to work alongside the council to help them around the issue of freedom camping and collecting fines and it's good for our customers because we don't want them stung with fees when they leave the country as well.''

Minister for Tourism, Prime Minister John Key, said the easier way to deal with the issue was to help provide facilities, like toilets.

"We're going to continue to get lots of freedom campers, and unfortunately one or two of them will abuse the privilege of being in New Zealand. All we can do is try and respond and give the councils better resources to build these facilites.''

A spokesperson for the other council involved in the trial, Thames-Coromandel Council, said it was too early to measure how well the trial was going and the region would only start to get busy with freedom camping issues from Labour Weekend.