Thunder and lightning hit parts of Auckland and Northland last night and the MetService says there may be more to come for the upper North Island today.

While many Aucklanders experienced booming thunder and a free light show last night, it appears the storm was less severe than expected.

did anyone in west auckland hear that load as bomb sounding thunder ???

The MetService said there was a moderate risk of thunderstorms in Northland, Auckland, Coromandel Peninsula, Waikato and Waitomo today, which could produce heavy rain, strong wind gusts of 90 to 100 km/h and hail.

The unstable westerly flow over the northern North Island is expected to ease this afternoon and evening.

The MetService said there was also a moderate risk of thunderstorms during the afternoon in Hawkes Bay, Gisborne, Bay of Plenty, and Taupo, which may be accompanied by heavy rain and hail. 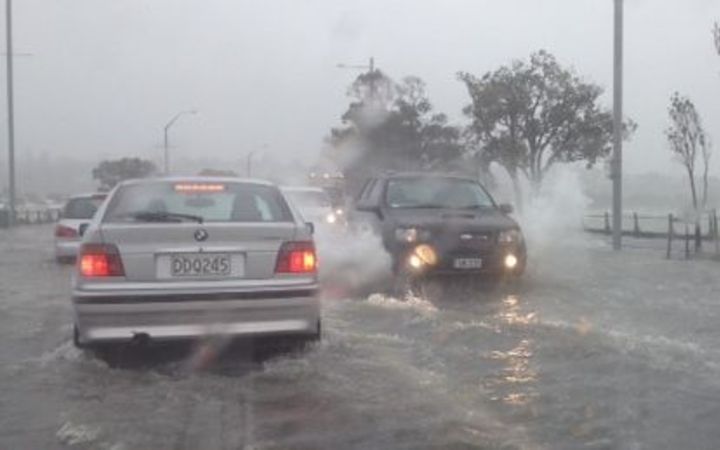 Drivers on some North Island roads are being warned to take extra care because of surface flooding in some areas. Photo: RNZ / Lisa Thompson

There is a low risk of thunderstorms during the day from southern Taranaki to Napier, Whanganui, Taihape, northern Manawatu, as well as the Marlborough Sounds.

A front is approaching the south of the South Island, bringing a low risk of thunderstorms to southern Fiordland tonight.

Meanwhile, drivers on some North Island roads are being warned to take extra care because of surface flooding in some areas.

They also warn of flooding on State Highway 1 between Bulls and Hunterville.