The fate of a cargo ship that has been barred from entering New Zealand for nearly a month will be decided in the next few days, officials say.

The MV Molat, which is carrying more than 23,000 tonnes of palm kernel extract, has been anchored off Tauranga since 6 September, when it was blocked from docking because of paperwork problems with its cargo. 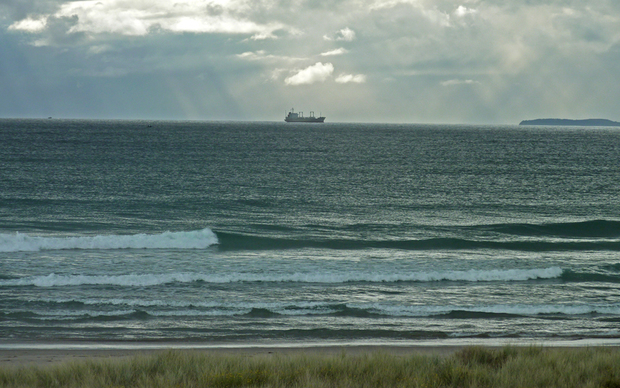 The cargo ship has been anchored off the coast of Tauranga for several weeks (file photo). Photo: RNZ / Alexander Robertson

The Ministry for Primary Industries (MPI) said it had been in discussions with the shipping company about the palm kernel extract's origin.

The issue was the certification of the facility in Malaysia where the palm kernel, also known as PKE, was produced, MPI said.

A decision was likely within days.

Greenpeace has questioned why the decision was taking so long.

Spokesman Grant Rosoman said if a ship could be held in limbo by MPI for almost a month, there must be serious problems with it.

"We wonder why these shipments are allowed in at all if they carry so much risk," he said.

"There's a number of players, like Landcorp, that've committed to stop using PKE, which is fed to dairy cows for milk."

The Labour Party said it was outrageous that MPI was considering allowing the shipment into the country.

Labour's spokesperson for Primary Industries Damien O'Connor said the facility that supplied the palm kernel was not registered and it should not be allowed into New Zealand.

"There are real biosecurity risks here.

"Unhygienic situations that could possibly bring in foot and mouth diseases, from countries where it's endemic."