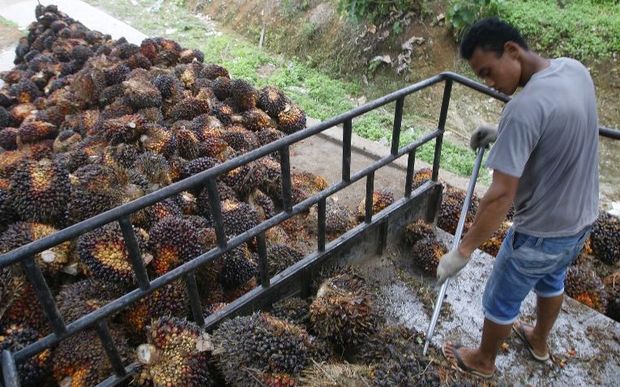 The company sells one third of the palm oil and palm kernel expeller (PKE) used in New Zealand, through its Farm Source stores for use as animal feed.

Its new sourcing standard will require it to buy only certified palm oil and to work with suppliers to ensure full traceability to where it is grown.

Fonterra director of social responsibility Carolyn Mortland said the standard had been prepared in collaboration with its major suppliers.

She said Fonterra wanted to make sure the palm products it bought did not contribute to deforestation, predominantly in Indonesia and Malaysia.

Landcorp has announced it will ban the use of palm oil products on its farms from next year.

Ms Mortland said Fonterra was supportive of any farmer who chose not to use PKE, such as Landcorp.

"But we do want to allow our farmers the choice."

She said PKE did have a role to play in cow health and milk production, particularly as grass quality declined over a season or during bad weather such as a drought.

"It is important to remember that imported supplementary feed like PKE still remains a relatively small part of total cow diet in New Zealand," she said.