Convicted criminal Arthur Taylor wants to name a prison informant, who he says committed perjury when he gave evidence against David Tamihere.

Tamihere was convicted of the murders of tourists Heidi Paakkonen and Sven Hoglin in 1989, but has always maintained his innocence.

Witness C was one of the witnesses to give evidence against Tamihere, claiming Tamihere told him how he had carried out the murders.

But since then Witness C has flip-flopped on his evidence against Tamihere.

Now Taylor is taking a private prosecution against the secret witness, charging him with eight counts of perjury and one of perverting the course of justice.

Today in the High Court in Auckland, Taylor described Witness C as an ongoing threat to justice in New Zealand.

Even with limited media coverage of the case so far, Taylor said another prisoner had come forward alleging Witness C invited him to also give evidence against Tamihere, but he refused.

Taylor said Witness C had also offered to give evidence against another murderer, who can only be identified as Mr Z.

Justice Fogarty said he did not need to hear from Mr Z and suppressed his name.

Taylor said Witness C was granted suppression at Tamihere's trial, but his circumstances had changed, as he had since admitted lying to the court.

Witness C's evidence at Tamihere's trial was that he had spent time in prison with Tamihere and that the pair had talked.

Tamihere told him that he had dumped the bodies at sea and used a piece of wood to kill Mr Hoglin. 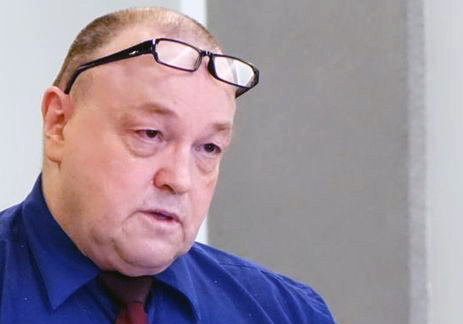 However, after Tamihere's trial, Mr Hoglin's body was found. He had been buried and had injuries consistent with being stabbed.

Taylor said the the public had a right to know the full details of the Tamihere case.

However, the Crown said naming Witness C could stop other informants coming forward and that could affect future trials.

Crown prosecutor Mark Harborow said that because the suppression order was made under old legislation, there was a much higher threshold required to remove it.

He said Taylor already had witnesses for his case and naming Witness C was not necessary.

Lawyer Kristin Wilson said it was important for the media that the upcoming perjury trial against Witness C was reported openly.

She said the matter concerned allegations of false evidence being given in a high-profile murder trial, and was of high public interest.

He said although Judge Brooke Gibson in the Auckland District Court had found Witness C had a case to answer, the legal test required only a low threshold.

Mr Wilkinson-Smith said Witness C had since confirmed that what he told the Tamihere trial was the truth.

Justice Fogarty said the case was a complicated one, and reserved his decision.