An Auckland reality TV star wants the Race Relations Commissioner to apologise for casting her as a racist, as she says she was only acting out a role. 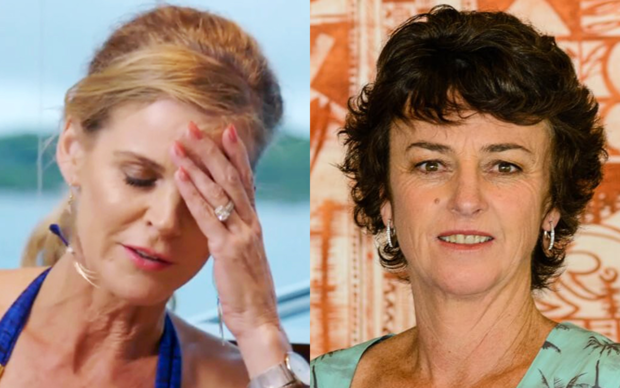 The incident arose during an episode of The Real Housewives of Auckland when one housewife, Julia Stone, described another as a n***** while they were on a boat.

The episode produced a storm of protest, and Ms Sloane was criticised by Dame Susan Devoy for using a racially offensive term.

The Human Rights Commission has received a letter from Ms Sloane's lawyers, but is not commenting further as the matter is being dealt with legally.

An episode broadcast on 20 September had shown the group of women at the centre of the show holidaying on a yacht in Port Douglas in Queensland.

The incident sparked outrage even before the programme went to air with international media, including The Guardian, covering it in their pages.

When the scene was later aired, the word was bleeped out.

"I said something to Gilda about Michelle not being her boat (bleep), but it came out wrong," Ms Sloane said later.

"It is an old boating term but I should never have said it."

"Never, ever use that word, that's not a (bleep) joke," baby," Ms Blanchard said.

Susan Devoy later condemned the incident, telling media that when the n-word reared its ugly head, she needed to speak out.

Dame Susan said people like Ms Sloane needed to understand that using words like that was not how things were done in New Zealand.

Ms Sloane could not be reached for comment, but public relations consultant Deborah Pead, who is acting on her behalf said her client had been misrepresented.

Ms Pead rejected suggestions that her client would sue Dame Susan for defamation, but said she was still very angry.

"Julia Sloane does have concerns that the Race Relations Commissioner is using a public and government funded platform to vilify her character," she said. 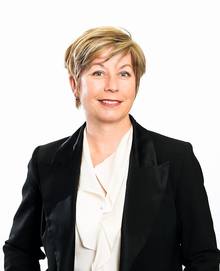 "She is concerned that her character has been vilified in a sweeping, snap judgement, based on a reality TV show," she said.

"We all know that these reality shows are engineered to create controversy and based on Dame Susan Devoy's judgement of that show, Julia Sloane has been vilified as a racist."

While the Human Rights Commission was not commenting for legal reasons, it referred RNZ to a piece it provided for The Press newspaper, which warned of the dangers of 'throwaway lines' that can be hurtful.

Peter McKnight, a leading defamation lawyer, said Julia Sloane had little claim against Susan Devoy, no matter what she thought.

"She has expressed that word, and the Human Rights Commission has given their opinion and that is the end of the matter," he said.

"That is (Susan Devoy's) job, she looks into these matters."

The Real Housewives of Auckland producers could not be reached for comment.