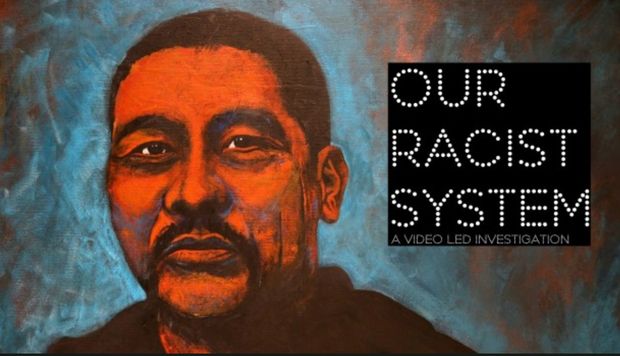 Last weekend both the Sunday Star Times and the Herald on Sunday featured stories on racism in New Zealand. One was a major investigation into racial bias in the justice system, the other was a story about a reality TV performer using a racially offensive term and then feeling sorry for herself.

No prizes for guessing whether it was the Real Housewives of Auckland story from the Herald on Sunday or the Stuff Circuit team's multimedia investigation into racism in the justice system that started a national conversation.

The conversation was stoked by dozens of stories and thought pieces appearing across the New Zealand media, exploring the full ramifications of the racial slur and its fall-out. Even The Guardian got in on the act, publishing an article before the programme had even gone to air. 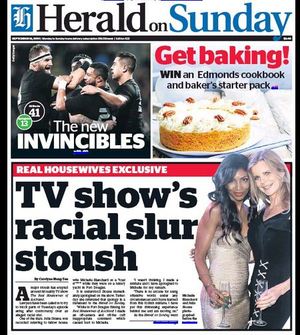 Duncan Greive, the editor of website The Spinoff, which has run several stories on the Real Housewives and even produces a weekly podcast dissecting each episode, rushed out an article in response to the Herald on Sunday story.

Greive, and Spinoff TV editor Alex Casey, had been given an exclusive preview of the episode which he said contained one of the most "viscerally powerful moments" of recent New Zealand television history. He wrote:

"It also speaks directly to the numbing idiocy of those who continue to offer rote academic critiques of reality television – because this television moment, as awful and uncomfortable as it is, will dwarf anything our richly-funded drama producers will come up with this year. You literally couldn’t make this up: if you did it would be either self-congratulatory or deeply racist in and of itself. Which is precisely why this critically derided format, despised by so many smug aesthetes, retains a near matchless power to reveal things about our nation we’d rather not know."

But can a wealthy nobody using racist language on a reality television show really tell us a lot about ourselves as a nation?

Either her views are shocking because we’ve come to believe that that sort of unashamed casual racism was a thing of the past – and it comes as a shock to hear someone express it - in which case, it could just be one rotten wannabe TV star spoiling a yacht trip. Or it’s shocking because her indifference and ignorance of racism is typical of a significant number of New Zealanders.

If it’s the latter, that really is a worry and it’s something the media should be reporting on, but it shouldn’t come as a shock.

The Stuff Circuit investigation's conclusion that Māori are systemically discriminated against in our justice system may not come as a surprise, but it should shock us nevertheless.

The multi-media investigation included original artworks, a stop-go animation featuring a toy police car overlaid with disturbing statistics and a 3000 word article which was also published in the Sunday Star Times.

It was agenda setting-stuff and it was well timed at the end of a week in which the sentencing of the Pākehā son of a rich-lister had seen a number of people questioning whether our justice system is really colour blind.

But it failed to spark anything like the media frenzy caused by the 'racial slur stoush".  And no matter what your opinion of the merits of reality TV in general, and the Real Housewives of Auckland in particular, it's hard to argue that it hasn't got people talking.

Writer, lawyer and trade unionist Morgan Godfery was bemused by talk of the Real Housewives of Auckland starting a national conversation of consequence. He told Mediawatch the media's treatment of the episode was, "deeply, deeply weird."

"They were building this moment up as a kind of teaching moment for New Zealand, a kind of lesson that racism is still a problem. But walk out on the street and ask any ethnic minority person whether racism exists in this country and they're going to say 'yes'. Like we didn't need a television show, we didn't need this person's hurt to prove to us that racism exists in the country."

And Belinda Borrell of Massey University's Te Rōpū Whāriki told Mediawatch racial slurs aimed at individuals are incredibly powerful because they're personal and deeply hurtful, but she cautioned against allowing them to obscure the less blatant, but ultimately more damaging, racism faced by many people every day.