Schools are having to cut essential resources because government funding is not keeping pace with the real cost of education, the primary teachers union says. 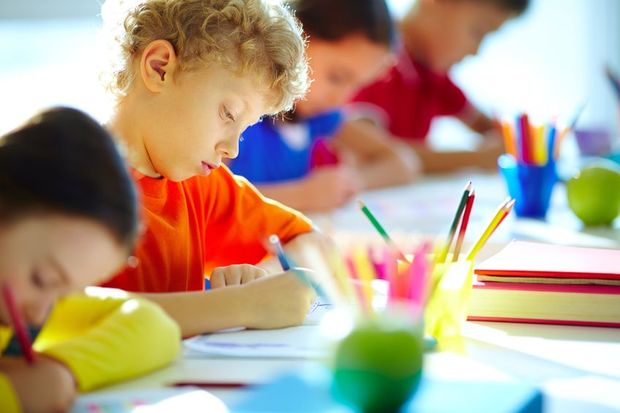 The president of the Educational Institute (NZEI), Louise Green, has told the union's conference in Rotorua that the shortfall will be exacerbated if the government moves to bulk funding.

The government has proposed a global budget model that would allow schools to use staff funding for other costs.

The NZEI and the Post Primary Teachers Association, with a total of 60,000 members, have united in opposing the proposal. 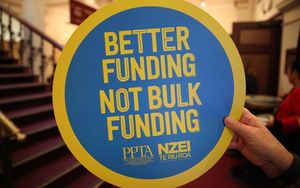 Ms Green said the OECD statistics show New Zealand in the bottom half of developed countries for investment in primary school education.

Organisation for Economic Cooperation and Development (OECD) statistics released this month show government funding for primary schooling is more than $1500 per child below the OECD average.

"It is an embarrassment for a wealthy country like ours that primary schools receive so little money compared to other countries", she said.

The underfunding will be worsened by the government's decision to freeze schools' operations and support staff funding for 2017, Ms Green said.

"We estimate that the freeze will actually equate to a 2.3 percent cut in real terms when adjusted by the education component of the labour cost index."

Meanwhile, for more than five years, early childhood education has suffered the "double whammy" of a freeze in per child funding and a cut to teacher funding, Ms Green said. 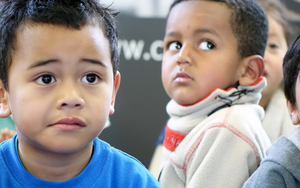 She said the government had also under-funded the Special Education Grant for children with disabilities.

"Between 2009 and 2016, the Special Education Grant fell by 1.8 percent when labour cost increases are taken into account."

Ms Green said the union was calling for increased funding to primary schools "to move us into the top half of the OECD".

But Acting Education Minister Anne Tolley said the government had a strong record of increasing investment in education.

"No other OECD country spends a higher percentage of its public funding on education as New Zealand. Our Government has a strong record of increasing investment in education which now stands at a record $11 billion."

She said that reflected a 35 percent increase since 2009.

Ms Tolley said there had been no funding freeze.

Funding for schools' operations grants has been increased by 1 percent for next year to a total of $1.35bn, she said.

Ms Tolley said the extra 1 percent, which amounted to $12.3m, was being targeted to those students most at risk of not achieving.

She said funding for special education had risen 29 percent since 2009 and now stood at over $590m. More than two-thirds of that money goes directly to schools, at $424m, Ms Tolley said.