The government's failure to protect disabled children with an enforceable right to education is a breach of international law, says community law centre Youth Law. 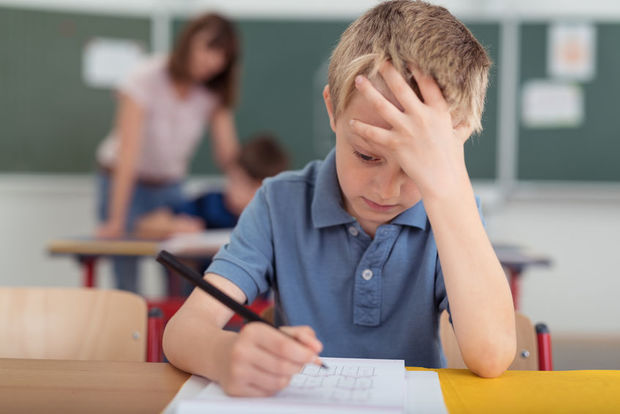 The report said schools needed more resources and better training so they could provide an inclusive education. Photo: 123RF

It said said schools needed more resources and better training so they could provide an inclusive education.

Youth Law solicitor Kenton Starr told Nine to Noon demand for special education had grown faster than the increase in funding over the last decade.

The government has ruled out funding increases until an overhaul of the special education system is complete.

Youth Law's report said the government's failure to legislate to protect disabled children's right to attend school was a breach of the United Nations Convention on the Rights of Persons with Disabilities (UNCRPD).

"Article 4 of the UNCRPD requires our government to adopt all legislative measures to implement the rights recognised by the UNCRPD... Our view is that by not legislating for an enforceable right, our government is currently in breach of its obligations in international law," the report said.

It said legal protection was needed because some schools discourage enrolments by disabled children or bar them from attending for a full day or for certain events and activities.

The report said the number of people seeking help from Youth Law for special education problems had increased significantly in the past four years and especially since the start of 2015.

It said New Zealand was regarded as having one of the highest proportions of mainstreaming of disabled students into regular classrooms in the world, and the Education Ministry had set targets for providing a fully inclusive education system.

However, the report said schools need more resources to realise that intention.

"Increasing responsibility has been placed on schools to provide the necessary skills and support to students but without significant investment in increasing funding to schools to enable the capacity and capability to do this."

The report said the education system relied too heavily on the goodwill of schools and did not have enough procedural protections for students.

It recommended "an enforceable legislative right to 'reasonable accommodation' within education" and "the creation of a Code of Practice, outlining further procedural protections with respect to the provision of education and support to students with disabilities by governmental bodies".

'Left alone for hours with nothing to do'

The report included several case studies of children with disabilities in the school system.

One of them was about a bright child with autism. "In primary school, J was often left alone in rooms for hours with nothing to do. In intermediate school, J was stood down without any recognition of his special needs. J's behavioural problems were aggravated because the school failed to adhere to the plan set in place for him."

Another case study described the experiences of a child with global developmental delay: "K was denied many opportunities at school that were given to other students, such as not being able to participate in cooking, art and tech. K was labelled as violent and aggressive, reflecting a lack of understanding of his behaviour and needs. The school refused to put in place strategies that would help support K."

The report recommended compulsory training in special education for trainee teachers, and funding for training for teacher aides.

It also called for dedicated funding for each school to have a special education coordinator.

"If the Ministry is serious about investing into the success of an inclusive education system, they need to prioritise the creation of a dedicated staffing entitlement for this role and ensure that an appropriate qualifications scheme is phased in."

Education Ministry special education head David Wales said New Zealand already had a legally enforceable right for all students, including those with disabilities, to attend their local state school.

"This is in Sections 3 and 8 of the Education Act, 1989. The introduction of these rights in 1989 has resulted in New Zealand having one of the most inclusive education systems in the world," he said.

Dr Wales said if there were concerns about a child's inclusion, the Ministry would work to enforce their right to education.

That could be by working with the school and parents, directing a school to enrol a child or intervening in the governance of a school by appointing a Limited Statutory Manager or Commissioner.

"Our education system still has more work to do to include all children, but schools and teachers are making rapid progress."

Dr Wales said the Education Review Office found 78 percent of schools in 2014 were "mostly inclusive", up from 50 percent in 2009.