More than 1300 Auckland teaching staff have voiced their concerns about proposed funding changes to the education sector. 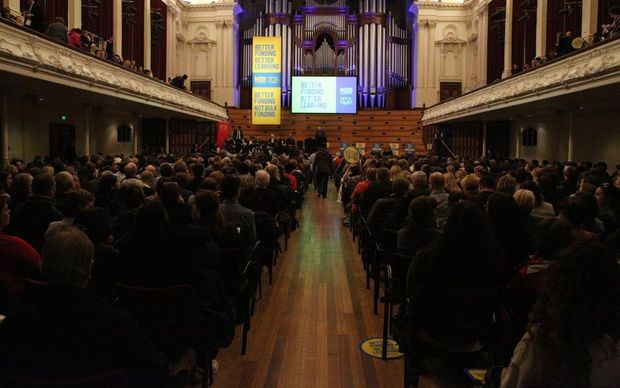 The government is proposing a global budget model that would allow schools to use staff funding for other costs.

For the first time, the New Zealand Educational Institute and the Post Primary Teachers Association have joined forces, with their 60,000 members, to consider the proposal.

Today, more than 1300 staff from over 70 primary, secondary and intermediate schools left school and filled Auckland's Town Hall to discuss the plans.

Mount Albert Primary School teacher Stuart Andrews said he was concerned about what it could mean for teacher aide hours in his Year 2 classroom.

"When the pressure comes on the budget that's one of the first areas that's likely to go."

A media studies teacher at Western Springs College, Melanie Webber, said the changes could impact the number of subject options for students. 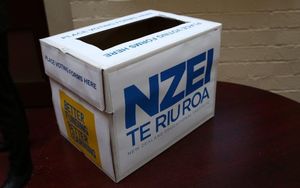 Union members are voting on whether to reject the proposed changes. Photo: RNZ / Tom Furley

"So when you can't afford to pay your electricity bill, say we'll cash in a teacher to do that. It's a general prioritisation of property over teachers."

Wesley Intermediate teacher Maureen Dunne said when she started teaching technology every school would have four technology teachers, but that number had dropped through funding changes.

"It will affect the technology teaching. I'm trained to teach technology, technology is now in a lot of schools, in intermediate schools, taught by people who weren't specifically trained for it."

However, Education Minister Hekia Parata said the proposal was not bulk funding.

The global budget scheme based funding for teachers on a national average, so schools wouldn't be financially better off if they replaced older, more experienced teachers with newer, cheaper ones, she said.

Ms Parata said she was disappointed the meetings were taking place after union consultation and 80 meetings with teachers and principals throughout July and August.

"It's a little bewildering why these additional meetings are necessary in all of that context. So I think it's very disappointing, I think it is an inconvenience and an unnecessary one for parents, but I absolutely accept the unions have the legal right to hold the meetings.

If the global budget plan goes ahead, the changes would be in place by 2020.

Today's meeting is the first of over 50 throughout the country taking place in the next fortnight with members voting whether to reject the model.