Principals' groups have joined criticism of the government's new-look version of bulk funding for schools. 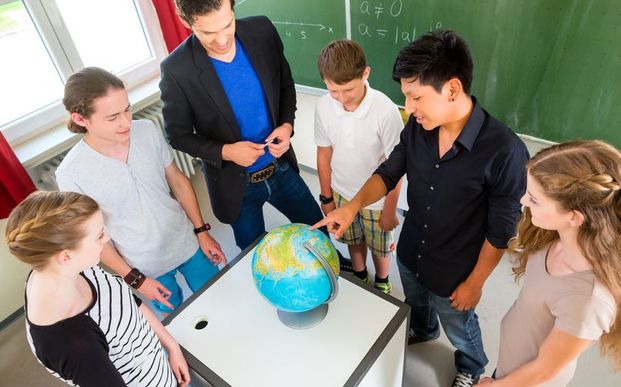 The Secondary Principals Association, Principals Federation and the Association of Intermediate and Middle Schooling have told RNZ they either oppose the global budget proposal or do not see the point of it.

The global budget would let schools trade funding for teachers for money they could then spend on other things.

It is one of seven possible changes under consideration as part of a review of the school and early childhood education funding systems.

Post Primary Teachers Association (PPTA) and New Zealand Educational Institute (NZEI) came out against the proposal last week saying it was a form of bulk funding, a controversial funding system used by many schools in the 1990s.

Principals Federation president Iain Taylor, who is one of those advising the government on the review, said the federation opposed the global budget proposal because it removed guarantees around the minimum number of teachers each school would have.

"The global budget is removing the guaranteed staffing and that's the biggest bugbear from our perspective, so where are those principles of equity when a school has no guarantee of any set staffing. That's a real massive concern."

Another advisory group member, Association of Intermediate and Middle Schooling president Doug McLean, said his organisation could not see the point of the global budget because schools already had a lot of flexibility over their staffing.

Secondary Principals Association president Sandy Pasley said she could see possible disadvantages to the scheme and no benefits.

"It really isn't going to offer secondary principals any new things they can't already do and so consequently we are not jumping for joy about the global budget at all," she said.

"There are also some disadvantages that we can see and it's probably not something we are supporting at the moment."

All three principals said the proposal was a form of bulk funding.

"It's giving schools, or so they say, the flexibility to do what they like with the funding, but at the same time it's taking away some of the safeguards that schools have in the guaranteed staff et cetera, and those sort of trade-offs I don't think are good."

Mr McLean said the global budget was not as extreme as the bulk funding of the 1990s.

Ms Pasley said the proposal looked like a form of bulk funding.

"They are saying it's not bulk funding but it's hard to see the differences," she said.

Other members of the advisory would not say what their stance was while the group was still meeting.

He said the association was holding meetings over the next week to decide its position and principals were very protective of their staffing.

"I don't know of one principal who would like to use fewer teachers than there currently are allocated by the ministry," he said.

In fact, most principals are using and employing teachers above the grant or the entitlement from the ministry. So in the future I can't see us saying 'oh, no, we need fewer teachers'."

School Trustees Association president Lorraine Kerr said she still had to consult with the association's members but her personal perspective was that quality teaching was important.

"It's the quality of the teacher that helps our kids in terms of their learning and their achievement so why would we want to compromise that."

Teacher registration and disciplinary body the Education Council was not on the advisory board, but had an important role as teachers' professional body.

It indicated last month it was not a fan of anything that would take money away from teachers.

"We don't want to see trade-offs being made between funding-certificated teachers and either unqualified teachers or other non-teaching resources."

Education Minister Hekia Parata said the global budget was one of seven proposals being discussed by the advisory group.

She said she was not not prepared to pre-empt the views of the group, which would conclude its discussions at the end of this month.