Power Play - The level of government funding for private and charter schools is a simmering issue in the education portfolio, and represents one of the most stark ideological differences between the left and the right.

Since being elected in 2008 the National-led government has been a quiet but solid supporter of developing the education sector beyond the bounds of the state school system.

But it is acutely aware of the potential to cause resentment, with opposition parties arguing any money going to non-state schools is money lost from the public school system. 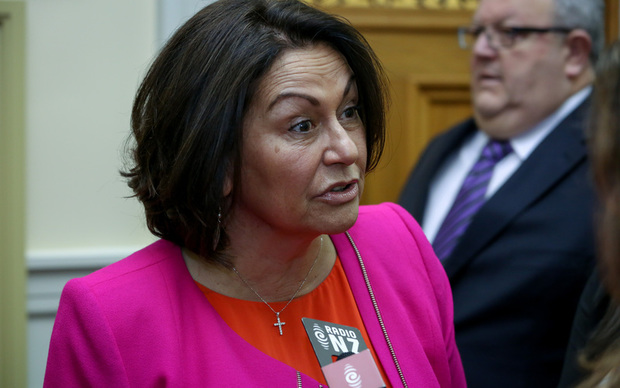 Hekia Parata was chastised by the speaker for not answering an opposition question. Photo: RNZ / Alexander Robertson

That government awareness is reflected in the language it employs; charter schools are referred to as "partnership" schools and private schools are not private, they are "independent".

Sensitivities about education funding flared up in Parliament this week with Education Minister Hekia Parata appearing initially to suggest that per student funding for private schools would be boosted, to bring it more closely into line with state school funding.

Answering a question about a funding review she told Parliament the government was looking at a new system under which a "predictable amount that would be equivalent to how much the Crown would incur if those students were being fully funded in the mainstream system".

"It's about equity", she then declared, adding funding for private school students would likely be increased as a result of the review.

Based on those comments it would be fair enough to conclude Ms Parata was proposing similar level of funding for private schools students, as those in the state system.

Not so, and it took a lengthy explanation by Ms Parata the following day to set out exactly why that was not the case, trying the patience of even the Speaker of the House.

After several minutes, Speaker David Carter prompted the minister to get to the point and start producing the numbers requested by Labour MP Chris Hipkins in his question.

For public schools the government spent $5.1 billion on about 728,000 primary and secondary students

Mr Hipkins protested saying he wanted the averages, but Mr Carter helpfully suggested anyone with access to a calculator could figure that out.

The house was still somewhat confused as Ms Parata said that due to a range of factors it was not a straightforward exercise to provide averages, and to do so would be misleading.

When she was first appointed as minister, Ms Parata came under a huge amount of pressure by dint of having to front the controversial policy to increase school class sizes, while being known for speaking in jargon and not directly addressing questions.

She slipped back into those habits when asked what the difference between per student funding for private and state schools.

"That would be a matter that would be a consequence on deciding whether or not a per student funding approach in the three components currently in the proposal actually are finalised."

After two questions in the house this week, it still is not clear what the funding review will achieve, except, according to the minister, to get: "the right resources, get to the right child at the right time, in the right amount". If the minister wants the public on board, the explanation is going to have to be better than that.

Education will be just one of the topics on the agenda as the National Party holds its annual conference in Christchurch at the weekend.

As the debate over public versus private schools represents, income inequality is an underlying factor in so many of the prevailing issues of the day - not the least of them housing unaffordability.

The prime minister and finance minister have at hand the list of initiatives the government has taken to support New Zealand's less well off, including continued support through Working for Families and increasing benefit rates for the first time in decades.

Frustration with the growing gap between the rich and the poor helped drive the Brexit, and has helped fuel Donald Trump's campaign for the presidency in the United States.

New Zealand is not immune and politicians would be wise to heed the warning signs.