The Immigration Minister has refused to meet representatives for Indian students facing deportation, saying it would be inappropriate. 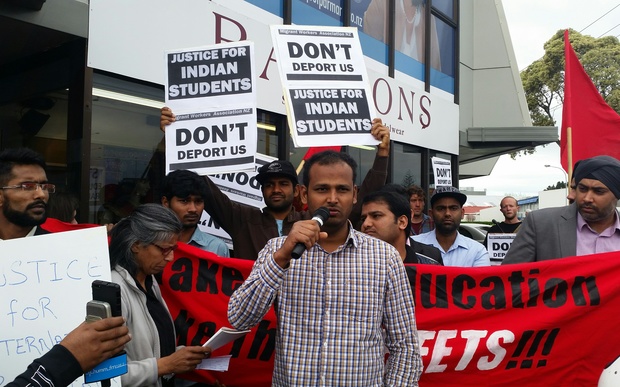 About 150 students say they are facing deportation to India after it was discovered their immigration agents faked information on their visa applications.

Earlier this week, the students' representatives, who include a lawyer and leaders from the Catholic and Anglican churches and the Council of Trade Unions, asked for a meeting with Mr Woodhouse to talk about their treatment.

The Vicar General for the Catholic Archdiocese of Wellington, Gerard Burns, said the students were victims.

The initial request was denied, and subsequent requests have not been replied to, he said.

"I'm sure there are many reasons why the Minister of Immigration may not want to meet with us.

"But what we were aiming at was to put the case on a face-to-face basis with the minister, because there is obviously something clearly wrong with the system here."

A spokesperson for Mr Woodhouse said it was not possible to meet the request within the timeframe given, and it would not be appropriate to meet while cases were being considered.