Auckland Council's former headquarters has been sold to an apartment developer, but it's not clear whether any money will change hands.

The council has announced it is selling the 50-year-old Civic Administration Building in Aotea Square, and some surrounding land, to a developer, Tawera.

The building has asbestos that needs to be removed, and earlier council reports estimated it could cost $24 million to demolish, or up to $80m to refurbish as a hotel or apartments.

The development will now restore the 16-storey building into an apartment block, surrounded by a hotel, a commercial block and a performing arts centre by late 2020. 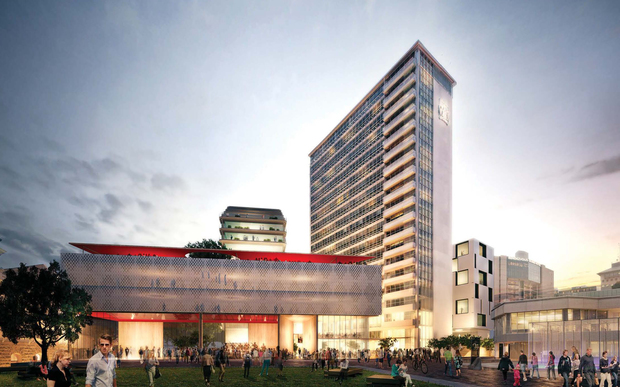 But it is not clear whether any money will change hands.

Auckland mayor Len Brown said negotiations were still under way, but at the request of Tawera the final price would not be made public because of commercial sensitivities.

He said the driving force for the development had been to avoid having to pay for the restoration.

"The political will has been to resolve that we hold the building, conserve it, but also do everything we can to ensure there's no cost the ratepayer in doing that.

"I think we'll find once the final result will come out that has been achieved." 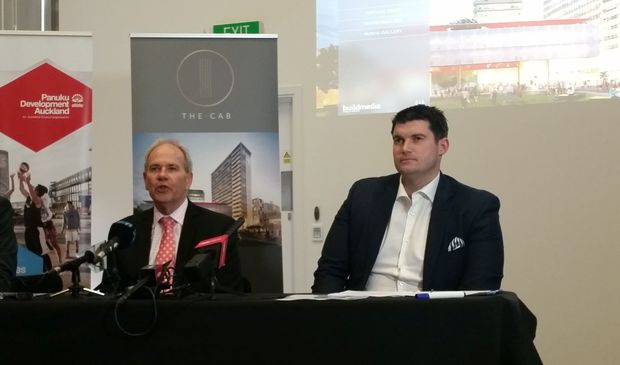 "One in 10 apartments will be under the classification of affordable, that's under the $650,000 first home loan cap."

The size and number of flats in the new building would be decided by demand, he said. 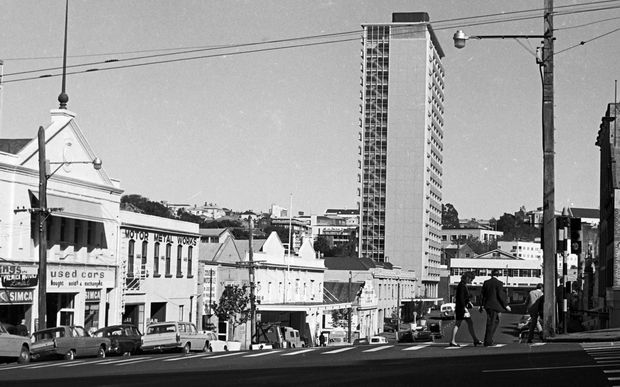 In 1973 the building still dominated uptown Auckland. This photo is taken from the corner of Albert and Wellesley Streets, the location of Auckland Council's new HQ. Photo: Auckland Libraries