Eighty percent of people who caught flu last year did not see a doctor - and most of them did not even know they were infected, a large New Zealand study has found.

The Institute of Environmental Science and Research (ESR) surveyed 2500 people during the 2015 flu season, as part of a five-year global influenza research project called SHIVERS. 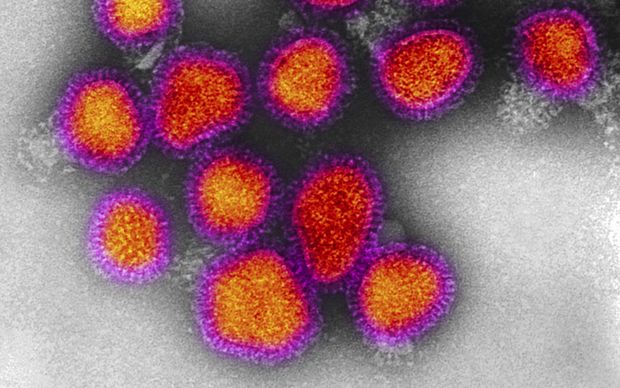 An estimated three-quarters of those who caught influenza last year did not know they had the virus. Photo: CORBIS

It found one in five New Zealanders got the flu last winter - an estimated 840,000 people.

About 220,000 people became sick, meaning nearly three-quarters of those infected did not even know they had the virus.

1700 people were admitted to hospital with flu and 22 people died.

Principal investigator Sue Huang said the findings supported the annual push for people to get vaccinated, particularly to protect the most vulnerable.

"The study showed high rates of influenza infections in the community - a large invisible iceberg that is not captured by hospital and general practice-based influenza surveillance," Dr Huang said.

"The finding is important for thinking about how to prevent the spread of flu using scenarios such as case isolation and social distancing."

The New Zealand authors were now briefing their American research colleagues on the results, she said.

"This is one of the largest and most comprehensive studies of its type worldwide.

"It provided an estimation of the full range of the impact of the influenza virus on the health and well-being of the community, in the same population, at the same time."

The data was valuable for understanding how to control seasonal inlfuenza and preparing for future pandemics, Dr Huang said.