A disability services provider and two caregivers failed to provide adequate care for a teenager who drowned in a bath, the public health watchdog says. 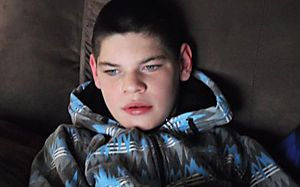 Fifteen-year-old Nathan Booker died in hospital shortly before midnight on 10 January 2014, after drowning in a bath tub at the Idea-Services-owned Woburn Family Support Centre in Palmerston North.

Deputy Health and Disability Commissioner Rose Wall said Idea Services and the two unnamed caregivers on duty at the respite-care facility that night all breached patient rights over the high-profile case.

In March 2015, Idea Services was fined $63,500 and ordered to pay reparation of $90,000 to Nathan's family by Judge Jennifer Binns in the Palmerston North District Court, after pleading guilty to a charge of failing to take all practicable steps to ensure people were not harmed by employees.

A manslaughter charge against one of the teenager's caregivers was withdrawn in December 2015 and both caregivers on the night were given permanent name suppression.

In her report today, Ms Wall did not name Nathan Booker, referring to him as Mr A, as usual for the office.

Ms Wall said Idea Services failed in many areas. Notices in the bathrooms contained differing information for staff about bathing, and it was not sufficiently clear Mr A was never to be left alone in the bath. One of the two caregivers, Ms C, who had put Mr A into the bath and was meant to be supervising him, also did not know that his medications might make him drowsy.

Neither caregiver (Ms C or Mr B) had ever received specific training with regard to Mr A's needs, and the staff-to-patient ratio in the home on the day was not sufficient to meet the needs of the six children present.

Ms Wall said: "The six children at the home that night had high needs that required a great deal of assistance from Ms C and Mr B. Idea Services did not ensure that the staff-to-client ration could meet the needs of the children in a safe way."

In addition, a "culture" had developed at the home whereby caregivers at all levels would allow more dependent children to bath or shower unattended, and would leave children, including Mr A, in the bath for short periods of time.

She added Idea Services "did not provide clear instruction that Mr A should never be left alone in the bath".

Ms Wall said Idea Services and Mr B must each provide the family with a written apology within three weeks. She said Ms C, the other caregiver, had sent an apology, which had been forwarded.

The deputy commissioner said Idea Services has made substantial changes since the drowning, but must make more.

In particular, she said, over the next six months, it should commission an independent review of the changes it has made; personal plans and risk management for each client at the home, and the way important information was conveyed to staff, so it met their English reading skills.

"You've got a highly vulnerable young person who is reliant on others to support him and keep him safe. He's been placed in a situation where he drowned in a bath because his support staff didn't follow and understand the policies that they needed to follow."

There was also no assessment of whether staff were following the policies.

She said she understood the two caregivers were no longer working in the sector.

Idea Services said it accepted all of Ms Wall's findings into the tragic death.

It declined to be interviewed but the chief operating officer, Tracey Ramsay, said in a statement the disability services provider had undertaken a range of investigations since the death and has already begun the independent review recommended.

"We have taken a number of steps and continue to work [toward] ensuring that both staff and facilities are best prepared for the needs of our service users."