Fertility experts say women are waiting for months if not years for donor sperm as a shortage intensifies.

And they say if the government does not make a decision soon on foreign imports of donor sperm, they will make their own decisions. 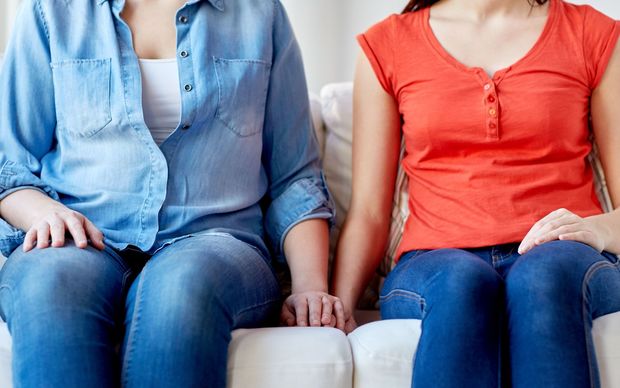 A 38-year-old Aucklander RNZ has agreed to call Melissa is over the moon about her rambunctious, loud little Māori boy.

Melissa, who's part Māori, began trying to have a child at age 27 with her female partner through donor sperm, but faced endless difficulties.

These included two miscarriages and commitments by potential donors who later changed their minds.

Then, a fertility clinic aware of her deep desire to have a Māori child matched her up with the only Māori sperm donor they had.

Now, at home now with her 15-month-old, she still can not believe her luck.

"This is almost a miracle situation, you know. This is so uncommon ... to find the Māori donor, even more uncommon to find a donor that is willing to have contact prior to the child turning 18."

Sperm donors must not receive payment and must agree to be identifiable to their offspring when the child turns 18.

Fertility specialists say demand for donors far outstrips supply, leading some women to go overseas seeking donors, because importing donor sperm is either not allowed or at best a grey area in all but rare cases.

The medical director of Auckland clinic Repromed, Guy Gudex, said their waiting list was nine months long, and it was stressful.

"We know that the success rates from donor insemination or from IVF using donor sperm progressively reduces as the woman approaches 40, and the average age of our patients is 36 or 37 already, so being told that you need to wait nine to 12 months for treatment is a big concern for some of our patients."

Richard Fisher of Fertility Associates said the situation was getting worse.

"Even in the days when we had relatively low demand [for sperm donors] we could never keep up with that demand, and now there is an increasing demand, particularly because that is coming from single women and lesbian couples, it's becoming even more difficult."

Both specialists said New Zealand donors were the best because children then had the best chance of contacting their fathers when they turn 18.

The Advisory Committee on Assisted Reproductive Technology (ACART) told the government last year foreign sperm and eggs should be allowed into New Zealand under the same rules that apply to local donors.

Dr Gudex said it must be considered, and urgently, but overseas donors were also not ideal because they were more more difficult to track down as the years went by.

He said if the government took much longer, clinics would make their own decisions.

"The clinics have been hesitant because we like to be responsible and we like to err on the side of complying with the legislation, but yeah if we have no other choice then we'll obviously get careful legal advice.

"But what we're actually hoping is that the minister will just hurry up and make a decision."

Associate Health Minister Peter Dunne said the issues were complex and taking longer to resolve than expected, and he has asked officials to report back by the end of the year.