A first-of-its-kind national surfing reserve is being proposed in Taranaki that will encompass many of the region's prime surf breaks.

Stretching along Surf Highway 45 from Cape Egmont to Okato, surf spots in the reserve will be protected from any development that affects surfing conditions.

The "Nationally Significant Surfing Area" is proposed in the Taranaki Regional Council's draft coastal plan and includes about 20 surf breaks, three of which are already nationally recognised.

Oceanographer Peter McCoomb pitched the idea of a reserve after being contracted by the council to study what makes the region's most famous breaks tick.

"Particularly around Okato region there are these historical features that have formed from previous volcanic eruptions and they're like fingers of lahar reef that extend out into the ocean.

"So what they do is they concentrate the wave energy into the break points and that's the key reason why we get so many good breaks in that area."

Mr McCoomb, who was managing director of MetOcean Solutions, said surfers were spoilt for choice in Taranaki.

"It's a pretty special place because we've got such a high concentration of waves along one stretch of coastline.

"So it's like when you're driving down the coast thinking about having a surf you're not really focused on one particular break.

"Often you're having this conversation with your mates about which one shall we go to and that's pretty special because there's not many parts of the world where you would have that kind of selection."

He said, if adopted, the reserve would offer an elevated level of protection to that already enjoyed by Taranaki's 80 regionally significant surf breaks.

"If a developer wants to put a wind farm out to sea or a mussel farm or something like that then they will have to consider under law what affect that might have on the surf break, and as far as protection goes it will not be able to have any adverse affect on the surf break." 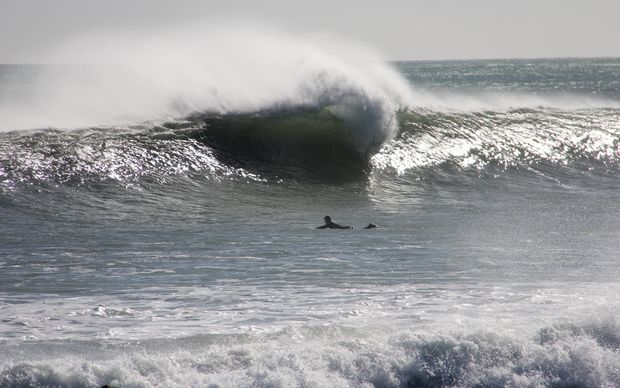 Surf spots in the reserve will be protected from any development that affects surfing conditions. Photo: Rhys Williams

Mr Williamson said it was important the stretch of quality waves was protected for future generations.

"You know development happens, surf breaks aren't considered or they aren't valued enough and therefore the quality of the surf breaks becomes eroded."

Mr Pidwell reckoned establishing the reserve would be a significant move.

"For quite a few years there's been a movement around the world led by the the Surfriders Foundation to create international surfing reserves and there's a few in Mexico, California, like Malibu, Hawaii and a few in Australia.

"But at the moment the laws in New Zealand don't quite meet the standard for an international surfing reserve so this is a big step. Get the reserve recognised nationally and working in the New Zealand laws and then maybe in later years getting recognised internationally."

Mr Pidwell's only reservation was the proposed reserve was mostly suitable for experienced surfers and few, if any, of the breaks where novice surfers get their start had been included.

"They have just the same amenity values as the top breaks for the good surfers and you've got to have somewhere for the kids to learn.

"And there's also values you put on breaks such as Weld Road which is one of the few which works in a south westerly and is a good break for the mature surfer shall we say." 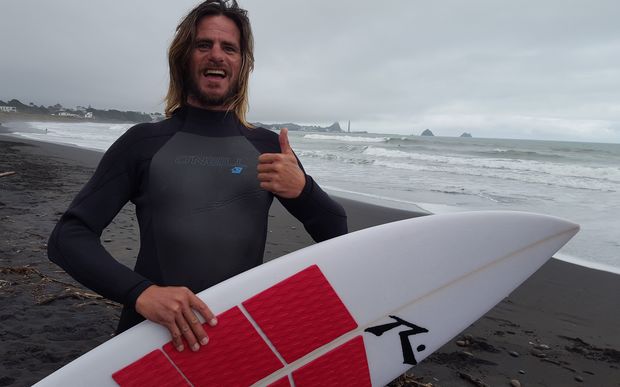 Down at the beach the idea of a reserve proved popular with surfers.

"I'm not exactly sure how it would work but for our kids it's probably good to draw a line in the sand," said Mr Lupton.

"Yeah, I think it's a pretty good idea. Most surfers around here would support protecting the breaks because they are world class."

"I think it's really good especially for this part of New Zealand."

The Taranaki Regional Council is seeking feedback on its draft coastal plan until 18 November and formal consultation will begin next year.