The leaders of the two opposition parties, the general secretary of the Council of Trade Unions, and two others have been held in custody in Suva overnight. 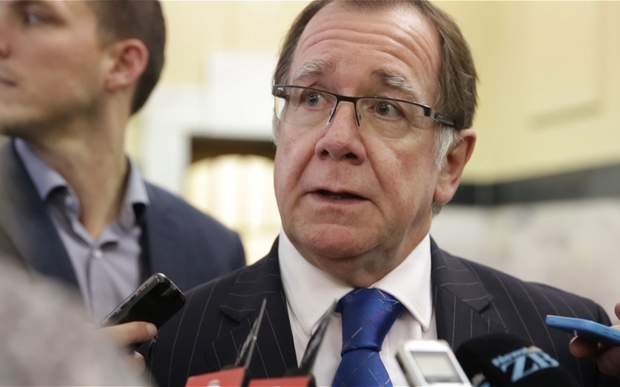 Fijian police were due to resume questioning the men today, about a meeting organised by an NGO last week to discuss the 2013 constitution.

The gathering was held without a government permit.

Mr McCully, who is at the Pacific Islands Forum being held in the Federated State of Micronesia, said Fiji's representative at the forum briefed him on events this morning.

Fiji's Prime Minister Frank Bainimarama reshuffled Cabinet portfolios in the wake of the arrests, and was not attending the forum in protest at Australia and New Zealand's involvement.

Anything that constrained free speech and space for legitimate political debate would be of concern to the New Zealand government, Mr McCully said.

No charges had been laid, as far as he understood.

Prime Minister John Key, who was also at the Pacific Islands Forum, said he was keeping a watch on the situation.

"We hope that it'll be calm and sensible there," he said.

"The [Fiji] government won an election relatively recently, they enjoy widespread popular support - we would have thought they'd just get on and manage the country.

"They've got the support of the country and don't need to do anything particularly silly."

The New Zealand High Commissioner in Fiji was providing updates to the government, Mr Key said.

A Fijian academic in New Zealand said the arrests and detention of the five men was a blow to the nation's morale.

Canterbury University professor Steven Ratuva said the police actions would have serious implications for the future.

"There was a lot of hope after the election that there was going to be a lot of space for free discussion and free expression - and now, the interference of the police has raised questions about whether the kind of freedom which is entrenched in the constitution is really there."