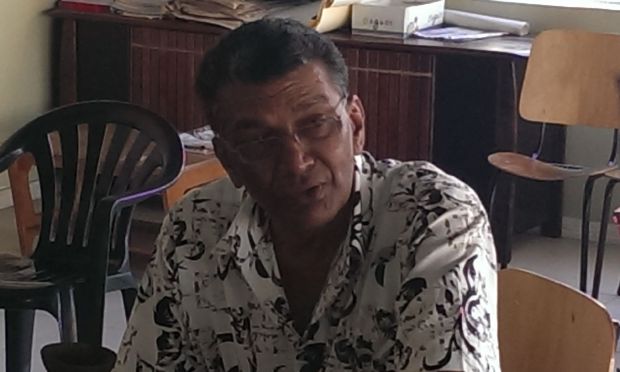 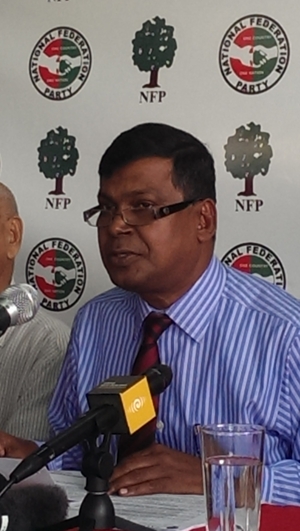 The leaders of Fiji's two opposition parties and a prominent trade unionist remained in police custody on Sunday morning, after they were arrested on Saturday over utterances at a meeting regarding the 2013 constitution in an incident that has alarmed human rights groups.

The leader of the National Federation Party, Biman Prasad, and the leader of Sodelpa, Sitiveni Rabuka, were being held, along with the general secretary of the Fiji Council of Trade Unions, Attar Singh, an academic and former politician, Tupeni Baba, and Jone Dakuvula, from the organisation Pacific Dialogue.

The leader of the Labour Party Mahendra Chaudhry told RNZ International he was also on his way to speak to police.

The police questioning is understood to be over what was said at a public meeting organised by Pacific Dialogue this week regarding the 2013 constitution, which was held without a government permit.

The National Federation Party said Professor Prasad's house and the party's headquarters in Suva had been searched by police on Saturday evening. It said a laptop and documents were seized from its offices. Mr Singh's house is also understood to have been searched.

RNZ International today interviewed the leader of the Fiji Labour Party, Mahendra Chaudhry, at home in Suva on Sunday afternoon, where he was preparing to go down to the police station for questioning.

The former prime minister said he contacted the police because he is a law abiding citizen and heard that they wanted to speak to him.

He said the police confirmed they were waiting for him and it was possible he would be at the police station overnight.

Mr Chaudhry said he had been invited by Pacific Dialogue to speak in two forums, one on the sugar industry and the other on the country's constitution.

Asked if he was acting in solidarity with leaders of other opposition groups who had been arrested, Mr Chaudhry said they were "all in it together".

"I was away from Suva, so now that I'm back, I think I should also join the queue."

Mr Chaudhry said he would talk to the police "and see what they do".

Mr Singh's lawyer, Raman Singh, said the men were being held at different police stations around the capital, Suva, and had not yet been charged. Under Fiji law, police can detain a person without charge for a maximum of 48 hours.

Tupou Draunidalo, the president of the National Federation Party, said Professor Prassad remained in good spirits after almost 24-hours in police custody, and had spent Sunday being questioned.

Ms Draunidalo said party supporters and family members had formed a vigil outside the police stations in Suva: "Really, today, we just want to show moral support, be there around the police station and check in on him," she said in an interview. "Just to make sure that these gentlemen, who have a reputation of upholding the rule of law, are well and have not been mistreated. That's our concern really, right now."

Attar Singh's lawyer, Raman Singh, said his client's questioning related to what was said at the meeting under the provisions of the Public Order Decree, and that Pacific Dialogue's meeting was held without a police permit.

In a statement, a police spokesperson, Ana Naisoro, said that officers had taken in "a number" of people regarding "comments uttered" at the discussion.

"This is a police process conducted when information is received about possible issues that could affect the safety and security of all Fijians which is why this step is being taken merely to eliminate all doubts and concerns that could stem from speculation," she said.

The panelists at the discussion, which Ms Naisoro confirmed did not have a permit, were Professor Prasad, Mr Singh and Mr Dakuvula, as well as an academic, Ganesh Chand, and an economist, Nilesh Lal.

But the weekend's events triggered concern among human rights organisations - both in Fiji and internationally - about a possible crackdown on political opposition and a decay in the country's newly re-established democracy. The country held its first elections under a new constitution in 2014, eight years after the then-military commander, Frank Bainimarama, took power in a coup. Mr Bainimarama's Fiji First party won the 2014 election by a landslide.

The 2013 constitution was drawn up by Mr Bainimarama's government after it scrapped a draft prepared by a constitutional committee after widespread public consultation. The new constitution had been criticised by opposition politicians and international NGOs, including Amnesty International, for apparent shortfalls on human rights and wide reaching immunities for the former military regime.

Prem Singh, an MP for the National Federation Party, who was not at the meeting, said it was unclear how a meeting about this constitution could have jeopardised Fijians' safety and security. He said the response undermined democracy and freedom of assembly. 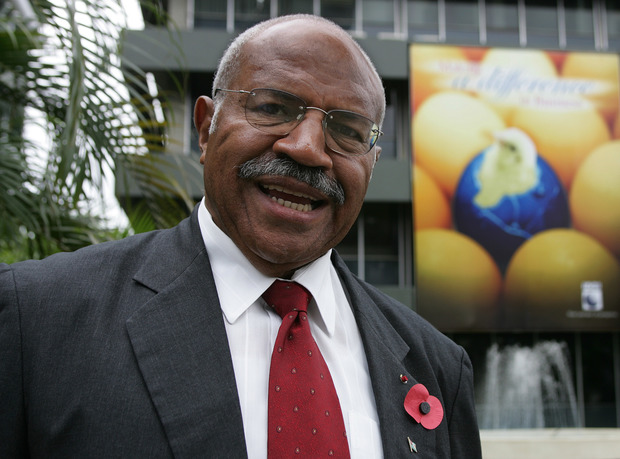 "This is political persecution," said Mr Singh in an interview. "In a normal democracy you don't have these things just for attending a meeting and conversing with people, trying to find a way forward. As political leaders they have a right to discuss and debate issues of national importance and I think this is a very heavy-handed tactic."

The chair of the Fiji Coaltion for Human Rights, Michelle Reddy, said she was deeply troubled by Saturday's events. Ms Reddy said that while it remained unclear exactly why the men had been detained, the restrictions placed on such meetings were of great concern.

"It just creates an atmosphere of intimidation and fear, and I think that's exactly a limiting factor because a lot of civil society organisations are going to rethinking about whether they should host an event," said Ms Reddy in an interview. "It definitely is a violation of free speech, and freedom of association as well."

Amnesty International also condemned the arrests, calling for all five men to be released immediately. "This is a brazen crackdown on people for peacefully exercising their right to freedom of expression," said Rafendi Djamin, the NGO's director for South East Asia and the Pacific.

"The men appear to have been detained under Fiji's repressive Public Order Amendment Decree which restricts the ability to hold 'public' meetings. There is no evidence to suggest that the event posed any threat to national security. Fijians should be free to openly discuss their supreme law and even criticise without fear of reprisals," he said in a statement.

Ms Reddy said the Public Order Decree still remained in place, requiring a permit for public meetings, but many civil society organisations have held discussions without a permit with no repurcussions for years .

"Civil Society in general has not applied for permits to convene with other members of the public since the 2012 announcement by the Attorney General. The timing of these arrests is a concern and the further restrictions placed on meetings and events only create an atmosphere of intimidation and fear. The freedom of assembly, freedom of association as well as free of speech are fundamental cornerstones of democracy and rule of law," she said.

Tupou Draunidalo said the fact that people could be arrested for discussing the constitution was disgraceful and showed the country's democracy to be a sham.

"It's been a sham for the last two years, an absolute sham," she said. "They just do as they please and when the law doesn't suit them they change the law with their majority, and Australia and New Zealand is going along with all that. I really don't know why all of these draconian laws have to continue when we have so-called democracy."

Australia and New Zealand have fully restored diplomatic in recent years after Fiji's 2014 elections, which observers said was widely free and fair.

Mr McCully, who is at the Pacific Islands Forum Leaders Summit in Federated States of Micronesia, said he was briefed on events by Fiji's representative there.

"Obviously anything that constrains free speech and space for legitimate political debate would be of concern to the New Zealand government," he said. "I've asked him to convey to his government our close interest in how this plays out."