Police have charged five 16-year-old boys with carrying out an armed robbery on Auckland's North Shore. 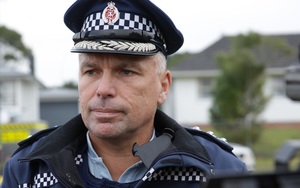 They said five youths robbed an electronics store on Sunnybrae Road in Hillcrest about 3.15pm on Monday, brandishing an axe and metal bars, before leaving in a stolen car driven by a sixth.

Inspector Kerry Watson said one of the workers was chased and kicked in the face but did not suffer serious injuries.

Officers pursued the car but abandoned the chase after it became too dangerous, he said.

"The decision was made to abandon the pursuit, however our eagle-eye helicopter was able to advise us where they were going."

The police were still looking for a sixth person in relation to the incident.